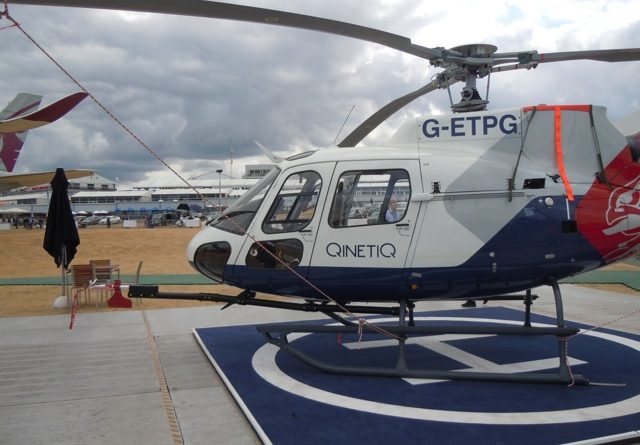 All four ETPS H125 will be delivered following complex customisation by Airbus Helicopters UK design team, which equips the aircraft with a 3-axis autopilot, dedicated communications equipment and a traffic awareness system. In addition, the aircraft will be equipped with a Flight Test Instrumentation suite which, similar to Formula 1 telemetry data, transmits data to the ETPS base at Boscombe Down in real time allowing students, both in practical and class-based environments, to test and evaluate aircraft design and performance.

The H125s are entering directly into service under the newly established QinetiQ Civil Flying Organisation (QCFO), which for the first time enables QinetiQ to operate civil registered aircraft independently of other organisations. The ETPS will align with the new EASA flight test rating. Nick Lay, Operations Director, said: “We are making great strides in our strategy to set a new benchmark for Test Aircrew Training capability worldwide. The QCFO will complement the new aircraft by enabling us to use them to the greatest possible effect, as well as making ETPS courses available to customers who have never previously had access.”