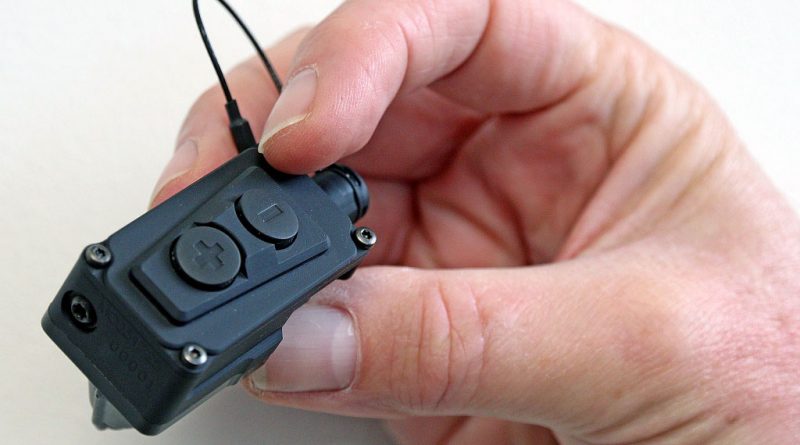 DSEI 2019 represented a key event for Thermoteknix, the Cambridge-based thermal imaging specialist which years ago launched the ClipIR, the smallest clip-on thermal imager allowing fusing thermal images over an existing intensification tube. Leveraging the experience acquired with that system, Thermoteknix decided to further improve its product giving birth to the ClipIR XD, which maintains the 40° field of view while featuring considerable enhancements both in terms of sensor and add-on capabilities. First of all the sensor shifts from a 384 x 288 matrix with a 25 µm pitch and a 50 Hz refreshing frequency to a 640 x 480 with a 17 µm pitch and 60 Hz refreshing, with a minimal increase in physical dimensions but a dramatic increase in resolution and consequently in detection/recognition/identification ranges, hence the XD suffix which stands for “Extended Distance”.

It is also equipped with a Digital Magnetic Compass as well as with an external video output that allows injecting augmented reality such as symbology into the night vision device. The ClipIR XD is not equipped with a battery, and is powered by external sources such a battery package mounted at the rear of the helmet, allowing better weight balance; however Thermoteknix also offers the ClipIR XD-B, which hosts a AA battery, the same used on the ClipIR, providing a 3 hours operating time. The latter model has weight of 160 grams while the ClipIR XD weighs 135 grams.

An even lighter device is the CoVid, for Covert Video Head-Up Display; here Thermoteknix does not provide an enhancement in terms of night vision, but with only 50 grams add-on weight, plus the bracket which depends on the goggle to which the system is attached, it injects in the night vision goggle live or mission programmed situations.

At DSEI it was possible to play with the pre-production system, seeing in the goggles a series of injected elements on an ellipse, such as the fork showing the field of view, relevant points as well as targets, either or land or in the sky, such i.e. small UAVs, injections coming from Augmented Reality or Android Tactical Assault Kit devices. The CoVid is ready to undergo customers’ testing in order to get feedbacks prior to stepping into the production phase.

Last but not least comes the ConnectIR; this Android application is designed to connect Thermoteknix target location systems, namely TICAM 1000 in their three different models, which all include a 640 x 480 with a 17 µm pitch thermal imaging sensor, the top model also including a high resolution 1280 x 960 pixels colour day sensor and as option a triangulation mode.

Saving the various information it allows to establish the distance between features, and through the ConnectIR all this can be transferred to an outside device such as a phone, a tablet or a computer, showing thus the targets on a map, with their relative distances.