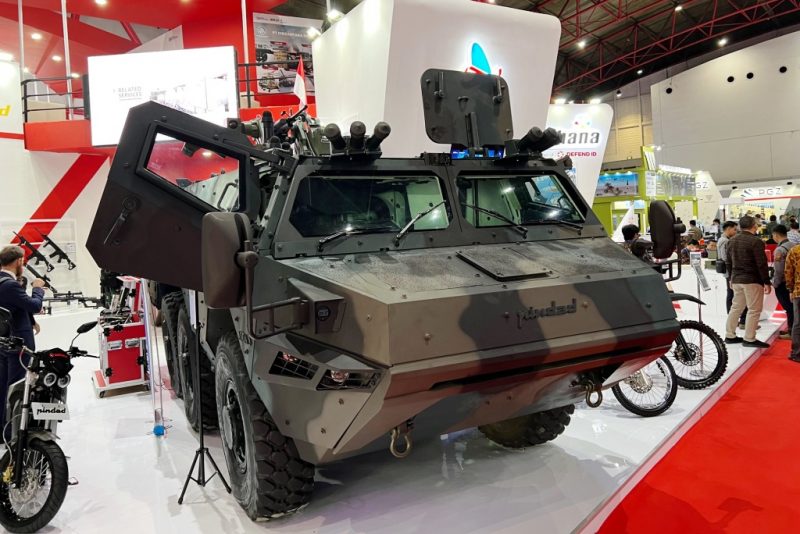 Ties between the French armoured vehicles manufacturer Arquus, then Renault Trucks Defense, and PT Pindad, the Indonesian state-owned defence industry champion, dates back 15 years, the two companies having cooperated on 4×4 vehicles programmes, such as the VBL and the Sherpa Light. Eighty vehicles were delivered to the Indonesian Army, making the French manufacturer one of the main suppliers of that service. The relationship between the two companies goes well beyond the simple commercial link, as Arquus provided powerpacks for Indonesia designed and produced vehicles such as the Badak 6×6 armoured car and the Anoa 6×6 APCs, as well as for the Komodo 4×4, which looks pretty much like the Sherpa Light Scout, as well as VAB 4×4 and VBLs, all three latter vehicles being provided by Arquus for a total of around 80 platforms, partly produced locally.

At Indo Defence 2022 Arquus and PT Pindad exhibited the Anoa 3, which is a VAB Mk3 adapted to the Indonesian needs by the local manufacturer, the vehicle being on show on the Defend ID stand, the latter being the Indonesian holding that includes among other companies also PT Pindad. The Mk3 was developed by Arquus leveraging the experience acquired by the French Army in the latest missions and aims at consistently increase protection against ballistic threats, RPGs, mine blast and improvised explosive devices. Its increase weight required to adopt the 6×6 configuration, the increased output of its powerpack allowing maintaining or even improving its mobility. The version on show at Indo Defence was the armoured personnel carrier, although an infantry fighting vehicle version is also available, as well as other specialized versions, due to the inherent flexibility of the vehicle- This allows easy insertion of ad-hoc subsystems, such as those added by PT Pindad to better cope with the requirements of the Indonesian Army, to which the vehicle is proposed.

The proposal by PT Pindand and Arquus is the concretisation of the Memorandum of Understanding signed on June 14th, 2000 at Eurosatory that established a future collaboration between the two companies in land systems platforms for Indonesia. As the agreement said, the two entities agreed to “turn an exemplary relationship into an official, and larger scale partnership.” This will cover multi-purpose armoured vehicles, reconnaissance vehicles, APCs and IFVs, as well as remotely controlled weapon stations produced by Arquus subsidiary Hornet. 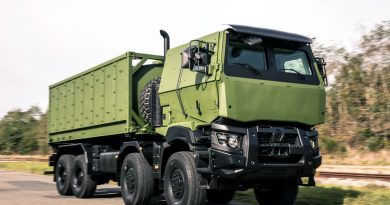