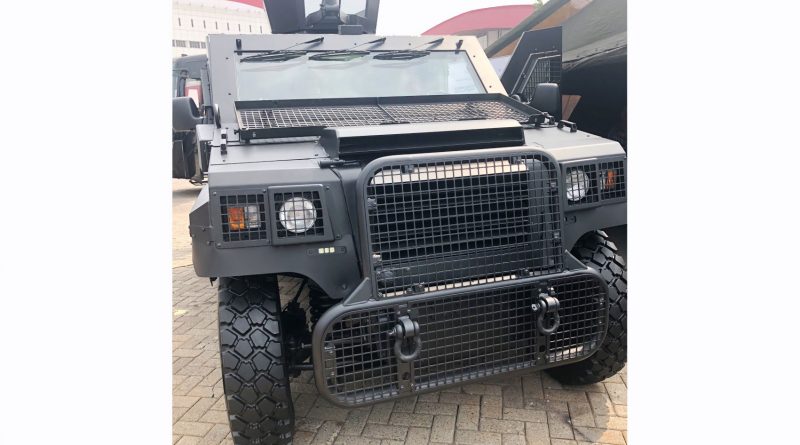 Arquus, formerly Renault Trucks Defence, has a long lasting cooperation history with Indonesia, having provided the local Army with VABs and Sherpa Light 4×4 vehicles. The latter were provided in an undisclosed number following a contract filed in early 2011, which also included powerpack kits for the locally produced Panser, a 6×6 armoured vehicle pretty similar to the VAB, the contract having been signed with local prime contractor PT Pindad.

Arquus is currently proposing the lightest vehicle of its range, the Dagger, which small dimensions and contained weight, 5.5 tonnes, allow it to move at ease in urban and compartmentalised scenarios. Powered by a 170 hp diesel engine coupled to an automatic transmission, it reaches a top road speed of 110 km/h, its road range being of 800 km. Capable to carry two crew members and six dismounts in the transport version, fitted with a heightened roof and mostly aimed at paramilitary duties, it is also available in the troop transport versions, carrying two dismounts less, and in the liaison and command configuration. The roof can host a protected pintle mount weapon or a remotely controlled weapon station, usually armed with a 7.62 mm machine gun, the French Army having adopted for part of its PVPs (Petit Véhicule Protégé), the French name, the WASP RCWS, developed and produced by RTD and Sagem, the former names of Arquus and Safran. Some 1,200 vehicles were produced for france, Chile, Romania and Togo being the export customers to date.

Arquus is proposing the Dagger to Indonesia both in the military and paramilitary role, leveraging its close cooperation with PT Pindad, which effectively united both companies’ operational excellence for the last 10 years.