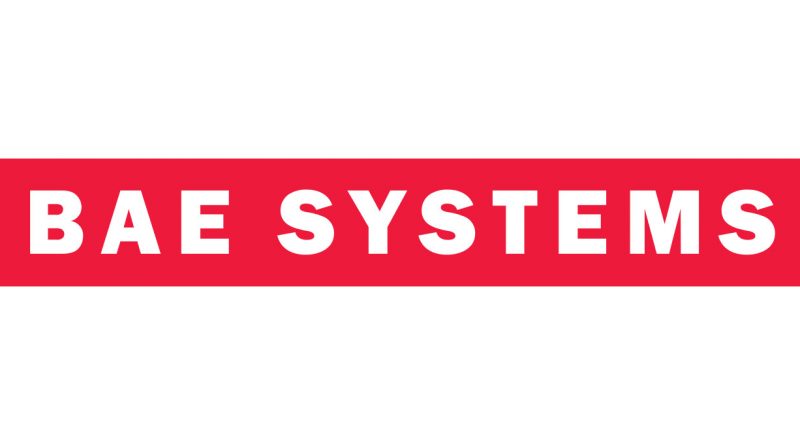 Beside the airframe, BAE Systems is looking into numerous specificities, one being for example the modular weapon bay, which can be fitted to host weapons but can be replaced with a bay containing electronic warfare of reconnaissance equipment, or even by a modular fuel tank to increase the aircraft endurance for ferry flights. 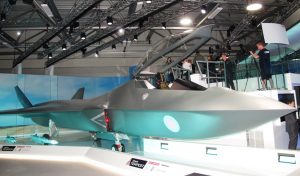 The company is also considering a software-driven cockpit to be all in the pilot’s helmet, in order to reduce obsolescence. The new helmet, which leverages solutions already in service, will have a colour display with 3D capacity as well as audio cues. Compared to today hard wired displays, in 2025 the company foresees a touch-screen large scale system. At Farnborough it was possible to have the feeling of what a full virtual cockpit means: using the buttons available on the two joysticks it was possible to toggle between different views. 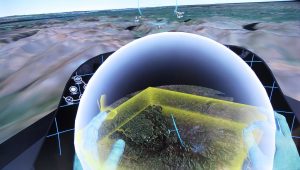 One of them showed a 3-D image of an enemy aircraft in flight at distance, taken by the on-board sensors, and using a finger it was possible to rotate it while two hands allowed enlarging the picture. 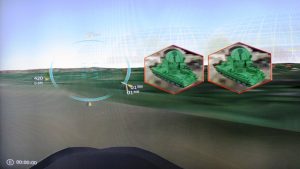 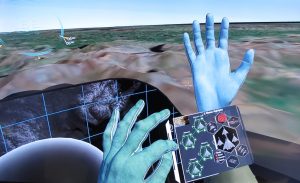 On the left wrist a watch shows the time, however it also has other functions, such as showing the pilot’s vital functions for health diagnostics. 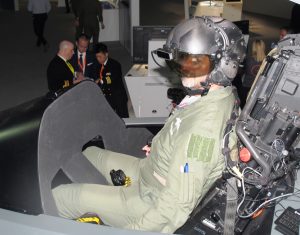 Not surprisingly the mock-up cockpit was void of instruments and displays, the aim being demonstrating the capabilities of the helmet-based system, however as said this was probably not the solution adopted in the early times of the programme.