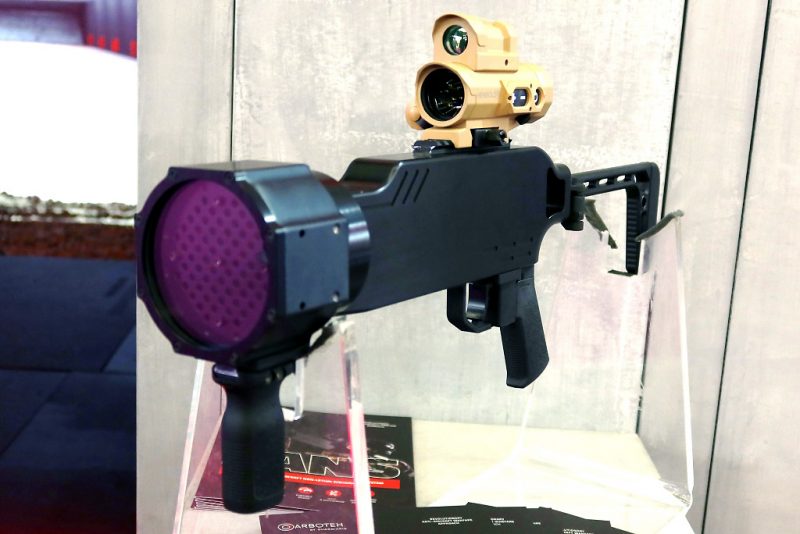 The sword against shield saga started into the sky in the form of countermeasures with the invention of the radar, during World War II, when it became clear that small strips of metallic paper could blur the sensor. The next step came when infrared-seeking missiles became available; it was the turn of flares, small heat-emitting rounds launched from the flying platform, which tend to deceive the IR sensor bringing the missile away from the intended target. The latter have become of common use in Ukraine, Russian helicopters using them effectively, therefore considerably reducing Very SHOrt-Range Air Defence (VSHORAD) missiles success rate.

Carboteh, a spin-off of Slovenia Guardiaris, unveiled at Eurosatory 2022 a new concept of counter-countermeasure, aimed at reducing flares’ effectiveness.

Shooting flares for nothing quickly brings the platform to remain with few or no countermeasures, which opens the door to the incoming missile to reach its target with much less problems, the remaining hopes of the crew being based on the fixed IRCM, which usually does not cover all the angles of approach, and on evasive tactics. Triggering the self-protection system, usually based on laser and radar warning sensors and missile warning systems (MWS) needs to emulate the missile launch signature, which is peculiar to each VSHORAD system.

While such issues were present already in many theatres of operations, the war in Ukraine definitely increased the need to get close to a one shot-one kill ration for VSHORAD missiles, as these are available in limited numbers. “We immediately thought to a requirement issued a few years ago by the Slovenian Army, for a system capable to test the effectiveness of helicopter-based missile warning systems,” Primož Peterca, the Guardiaris CEO tells EDR On-Line. The effect was similar, although it was developed for a different purpose. A crash program was therefore carried out to quickly develop what has become now the BANS, which stands for Battlefield Anti-aircraft Non-lethal (VSHORAD) System.

The BANS has an assault rifle shape, with a folding stock, a pistol and a front grip to hold it, a trigger with a safety lever, which is complemented by an on/off switch on the right side of the weapon body. On top a Picatinny rail allows installing a red dot sight, however to operate the system at night it would also be possible installing a thermal sight, the rail being probably short for an clip-on system. The real “weapon” is at the front, where the electronics finds its place, the front cylindrical reflector with a diameter of around 120 mm being the key element. The BANS is 670 mm long, which become 470 mm with the stock folded.

When a helicopter is approaching the operator aims the BANS and when the aircraft is within range, Carboteh declares a 5 km range, he squeezes the trigger emulating a real missile of a certain type; no indication is provided on the effective cone, hence on the aiming accuracy required. EDR On-Line understands that the BANS can be provided with different missile patterns, to emulate some of the most widely used VSHORAD systems such as Stinger, Igla and others.

According to information gathered in Paris the system is dedicated to one type of missile, and it is not possible to switch from one to another. The system is powered by a rechargeable Li-ion battery that according to the company ensures over 500 engagements with a dual battery package. All this with a system that weighs around 4 kg, 4.2 kg maximum weight with all add-on; comparing the weight to that of actual VSHORAD missiles, an Igla weighs over 17 kg, while a Stinger is 2 kg lighter, therefore adding a BANS to the firing team equipment has a relatively small impact on the overall equipment weight.

Although cost is not disclosed, it is quite clear that it should be a fraction of a real missile, and by the way it is operating cost is limited to battery reloading. Looking at the BANS from the pilot standpoint, when the MWS starts blinking and your earphones start whistling telling you that an unknown projectile is coming towards your aircraft, even if you kept the self-defence system on manual you will definitely start discharging flares and doing evasive manoeuvres. Even being aware of the existence of BANS, who would dare bet on the fact that it is a false alarm? Of course if the system is on auto-mode it will not even think of that. At least until MWS producers will not be able to find a countermeasure. But then probably a counter-counter-measure will be found, reiterating the sword versus shield battle that has been ongoing for centuries. 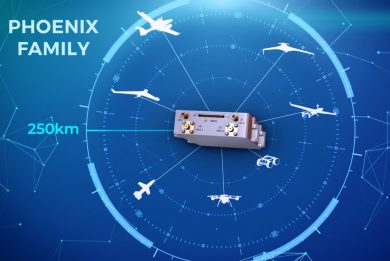 15/06/2022 Paolo Valpolini Comments Off on Phoenix: an evolutionary data-link family from Commtact 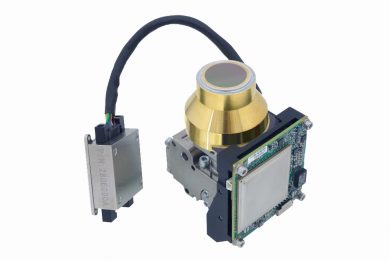 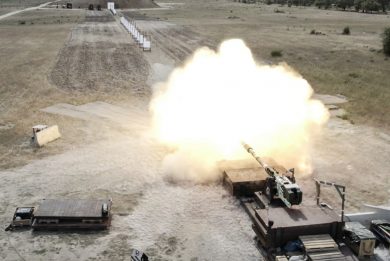 04/07/2022 Paolo Valpolini Comments Off on Ascalon: Nexter’s solution for the MGCS main gun