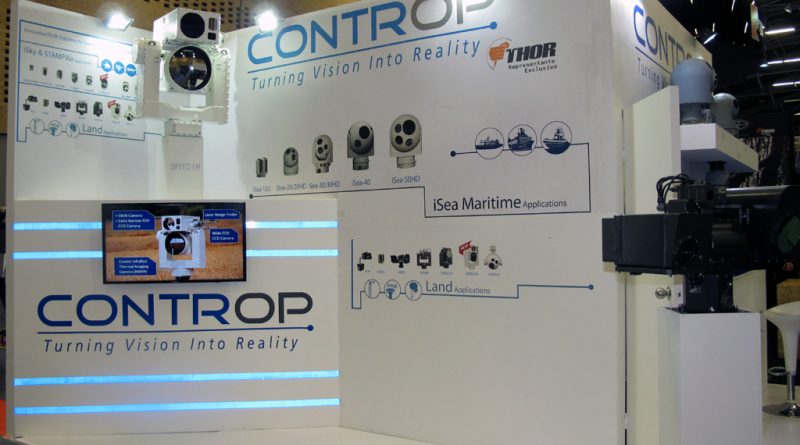 Controp of Israel exhibits at Expodefensa its whole range of sea, air and land optronic systems. Having partnered seven years ago with Thor, the Colombian company specialised in protection, electronics and defence, Controp has supplied over 20 of its iSea optronic payloads to the Colombian Navy. These were installed on 12.7 mm and 25 mm remotely controlled systems, fitted to the main naval units. With two new naval programmes ahead, the Israeli company is seeking to maintain its primacy, and is thus offering all the latest versions, Colombia being considered the main entry point in Latin America. 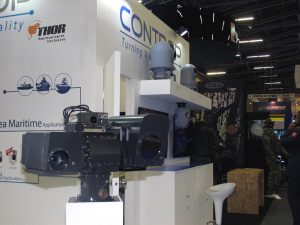 Thor obtained a development contract for its latest land based system, the T30, which might become the new turret of Textron Commando vehicles in service with the Cavalry; the prototype visible at Expodefensa featured a Controp optronic package.  The company is also looking at the border control and surveillance markets, and is proposing its   Speed-ER and MEOS systems. The former is a gyro-stabilised system featuring day and thermal channels as well as a SWIR (Short Wave Infra Red) channel, the latter allowing obtaining sharp images even in haze, dust, rain or high humidity conditions.

As for the MEOS, its medium or long range thermal and day cameras, together with the optional laser rangefinder, the panoramic scanning and the automatic detection capability make it an ideal system for border and wide area surveillance. In the airborne segment US companies maintain a strong foothold in Colombia, but Controp is anyway looking at some niche sectors.

In the Central American area it won an order by a Mexican law enforcement, which ordered an undisclosed number of iSky systems to be installed on helicopters. Generally speaking the Israeli optronic company considers Latin America a promising market and, as said, Colombia is its main point of entry in the region.