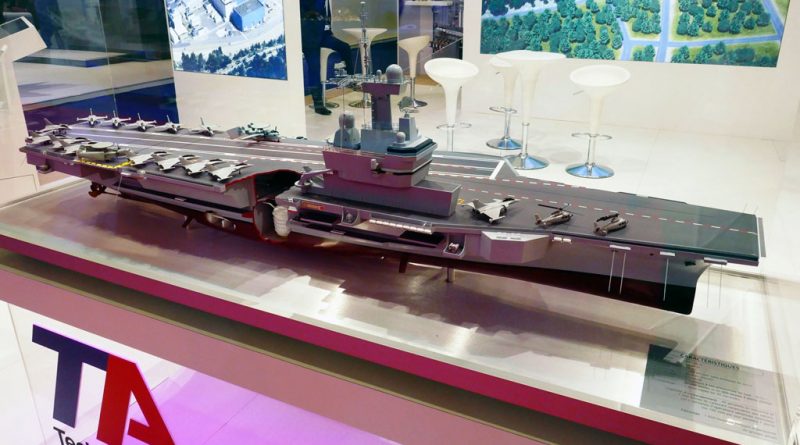 During the Euronaval exhibition’s inauguration speech, after reasserting the Government’s commitment to ensure the French Armed Forces will have all the resources by providing for investments of 295 billion euros in the Defence sector by 2025 and highlighting the major boost which will be given to the Marine Nationale programmes starting from 2019 defence budget, the French Minister of Defence, Florence Parly, announced the launch of the programme for a new aircraft carrier. After a major refit carried out by Naval Group together with the national naval and defence industry under the supervision and support of French Navy, the Charles de Gaulle nuclear aircraft carrier will be ready to go back into operational action in the first quarter of 2019. “One of the important defence activities carried out by national and industrial actors in the last years”, she said, the refit program will allow to remain in service up to the 2030s, “but the Charles de Gaulle will then need a replacement…I am honour today here at the Euronaval exhibition to announce the official launch of the renewal of our aircraft carrier (capability). The first step, which we are launching today, is a study phase, in which we get together to determine what we want and how we
want it for our future aircraft carriers”.
The initial 18-month study phase will define the architecture of our future aircraft carriers and lay the groundwork for the industrial organization required to build them in compliance with deadlines and projected costs. This study, according to the French Minister, will respond to three main questions: the first requests to understand which threats will be face in future and which missions the future aircraft carrier will accomplish. These factors will influence the capabilities in term of combat system, the fleet escort articulation and the personnel required. 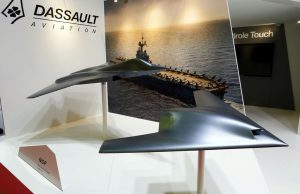 The second question requires to elaborate the future aircraft carrier capabilities based on the technologies which will be ready in 2030. “We have launched the cooperation with Germany on the SCAF Système de Combat Aérien Futur (SCAF) (Future Combat Air System – FCAS). The new aircraft carrier will require to accommodate it in all its capabilities”. The study will examine which propulsion either nuclear or conventional will be chosen and which future technologies will be considered, including the electromagnetic aircraft launch capability.
The second question regards the cooperation with our European partners and the capability to embark their aircraft as the future aircraft carrier is expected to serve up to the last decades of the 21th Century.
The last question, the French Minister highlighted, regards the innovation. “We don’t have to limit our horizon and imagination…… we need to find the most efficient and ingenious solutions to make this aircraft carrier an innovative forward deployed base for our Navy……”.
This and the following activities will determine the future aircraft carrier architecture and the industrial organization able to build in the required costs and timeframe, she continued. The study phase will also enable determination of the number of units that France and Europe will ultimately need. “But let’s not put the cart before the horse – this is the time for designing the carriers, not determining how many of them we need.”