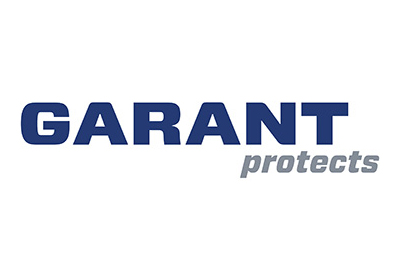 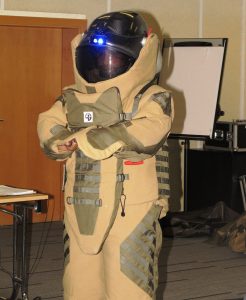 Garant, a company with operations in northern Switzerland and southern Germany, is a partner of the programme and provided its SPS-15 bomb suit for trials, integrating it with the Mawashi exoskeleton. The suit ensures full body coverage at a weight of 21 kg (25% less than the previous model), to which we must add 4.75 kg of the helmet; V50 all round is between 320 and 720 m/s, while it is fitted with blast plates featuring a V0 of over 2,100 m/s. The helmet is fitted with back-up integrated power supply, ventilation system, white and blue light and torch, combined EOD/IEDD and CBRN visor, directional microphones, headset with hearing protection, optional steel visor and voice command system. 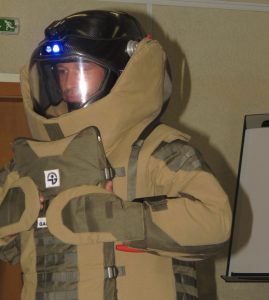 The only bomb suit manufacturer to join the programme, Garant worked together with Mawashi to integrate the exoskeleton in the suit. The work was relatively straightforward, some fixing points having been added, especially on the belt, EOD suit modularity helping considerably. A draft STANAG aiming at providing compatibility between EOD suits and exoskeletons should be available soon, late 2019 being the possible timeframe. What Garant would like to see is a European standard for EOD suits, possibly a NATO STANAG, in order to split from the current reference to US NIJ standards.