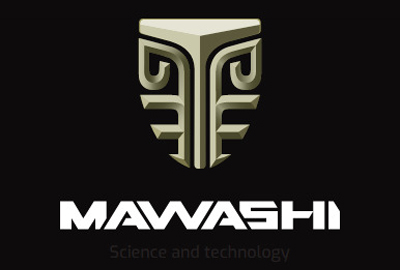 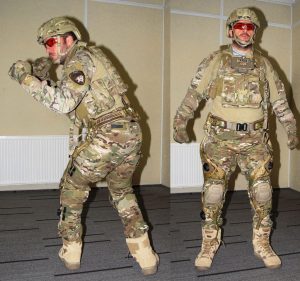 One of the exoskeletons used for testing during the 2nd IEB WS was the UPRISE (Ultralight Passive Ruggedized Integrated Soldier Exoskeleton), developed and produced by Canada-based Mawashi, which is actively partnering with the programme. A passive system without batteries, it was developed considering the evidences of injuries occurred downrange in the last few years. One third of all Medevacs from Iraq and Afghanistan in the 2004-07 timeframe were due to musculoskeletal, connective tissue or spinal injuries, Medevac due to combat injuries being only half of the previous. From 2003 to 2009 the number of soldiers medically retired from the services with at least one muscoskeletal condition increased 10-fold, mostly due to degenerative arthritis, cervical strains and other muscoskeletal injuries, causing the Department of Veteran Affairs to pay over 500 million dollars yearly in disability benefits.

The main current limit of the Uprise is that it must be precisely tailored to the body, due to the numerous differences in anthropomorphic measurements. However Mawashi is developing a new version than should be available in March 2019, which will feature a size adaptable system. The current system allows unloading 50-80 % of the load from the shoulders to the ground via a stoke with a sole inserted inside the footwear, various types of this component being available to adapt it to the type of boot. 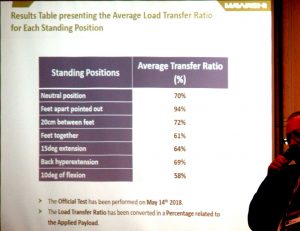 The percent of the load varies depending on the posture, nearly 100% being unloaded in the standing guard position, while the aforementioned data refer to walking conditions. Testing is currently undergoing with the Canadian Army with three systems, the contract being for a total of 12, an iterative development being scheduled based on available feedbacks. Mawashi is working with different countries, negotiations being ongoing with the US, Australia and Singapore, while in Europe France showed a considerable interest. A weight reduction programme is also ongoing, the aim being to halve the 8 kg of the current structure. As for the integration of the Uprise exoskeleton in EOD suits, a NATO programme is currently ongoing that should lead to a standard for such purpose. 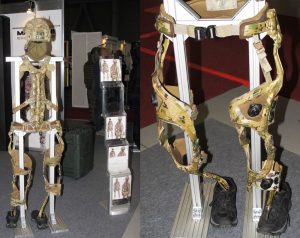 The Mawashi roadmap is split in three steps; the first is to try to lessen the soldier’s burden, reduce the occurrence of lad-carriage related injuries, and master the ergonomics of putting hard goods on the human body. Step 2 and 3 aim at evolving the Step 1 exoskeleton into a modular platform designed to support several subsystems that might feature active, quasi-passive or passive actuation. In the longer term Mawashi foresees the development of swappable exoskeleton devices that will be compatible with the exoskeleton base frame providing thus a truly modular system.