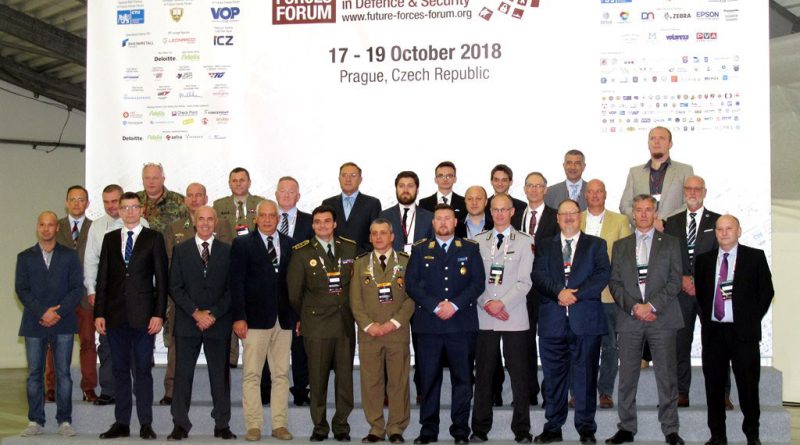 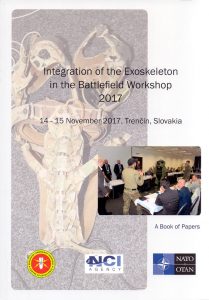 Chaired by Lt.Col. (Rumanian Army) Constantin Efrim, Head of the Transformation Support Department at NATO EOD Centre of Excellence based in Trencin, Slovakia, the 3rd Integration of the Exoskeleton in the Battlefield Workshop (IEB WS) took place during FFF 2018. The first such event took place in November 2017 at the EOD COE, while a second one was held in March 2018 at the Military Base Maj. Housiau Quartier Peutie, Vilvoorde, Belgium. The overall project aims at developing a Concept of Operations (CONOPS) of exoskeleton technologies in the battlefield, organising demonstrations, improving technology awareness, the goal being to demystify the exoskeleton technology, identify potential interoperability and standardisation lines of development, and creating an open dialog in the NATO military and industrial community. The burden carried by EOD operators led to consider the use of the exoskeleton in this domain first, however this does not exclude other possible uses of such systems, the representatives of light infantry COEs present at the Prague meeting having a strong interest in providing their warriors with systems allowing to decouple part of the weight carried in combat from the human body. The programme is run in cooperation with the NATO Communications and Information Agency (NCIA) and is financed by the Defence Against Terrorism Programme of Work (DAT POW) and will have to produce a report by November 2019. Among participant nations we find Canada, the Czech Republic, Hungary, the Netherlands, Poland, the Slovak Republic, the United Kingdom and the United States. 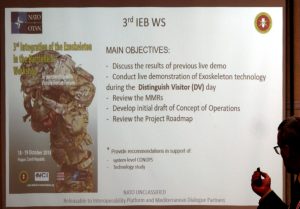 The principal aim of the 1st IEB WS was to set initial Minimum Military Requirements (MMR); some 19 requirements were identified, some of them being relevant to all uses, other mostly linked to EOD suits. Being user friendly, modular, adjustable and scalable, fast to donning/doffing, easy to learn and operate, easy to maintain, capable to operate in all environmental conditions, minimise signature as well as transportation requirements seem may seem quite obvious; reducing the weight experienced by the soldier is something that might apply both to a rifleman with heavy burden as well as to an EOD operator, a minimum reduction of 30% of the experienced weight being required, while minimising the negative effects on the operator’s endurance and support sustained postures is something relevant mostly to EOD personnel, as well as all those requirements linked to interfacing with EOD suits. MMRs are far from being frozen, a closed session that took place in Prague on Day 2 of the workshop being aimed at reviewing existing requirements and adding others. The 2nd IEB WS, hosted in a military base, allowed to carry out some testing thanks to equipment provided by the industry, EOD teams donning an EOD bomb suit supported by an exoskeleton being asked to perform two different missions, one against an Improvised Explosive Device, the second being a Conventional Munition Disposal task.

Beside the aforementioned review of the MMRs, the 3rd IEB WS aim was to discuss the results of the live demos carried out in Belgium, conduct further demos, developing an initial draft of Concept of Operations, and reviewing the Project Roadmap. A series of speakers from both sides of the Atlantic took the floor. 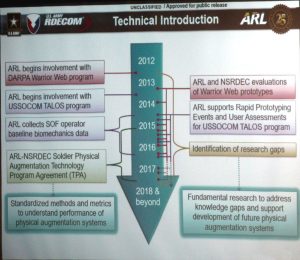 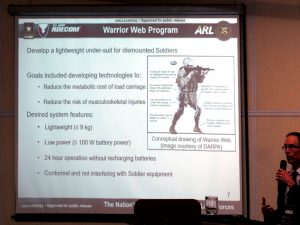 The Warrior Web aims at a conformal system that allows reducing the metabolic cost of load carriage, the risk of musculoskeletal injuries, all with a weight under 9 kg, a power consumption of less than 100 Watts, with a 24 hours operation endurance. It will be worn under the uniform, and will provide ankle support, unload most of the weight on the waist rather than on shoulders, will assist knees, etc. Numerous subsystems are being tested and evaluated, developed by Academia, laboratories and industry. 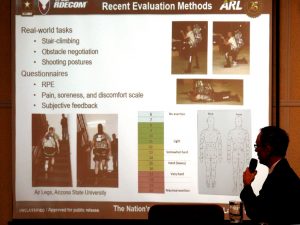 The ARL is also busy on another key element, which is the method of evaluation of an exoskeleton, including real-world tasks as well as questionnaires. The ARL is also aiming at developing a scientific analysis allowing to establish a potential correlation between performances obtained wearing the exoskeleton and operational performances on the field. 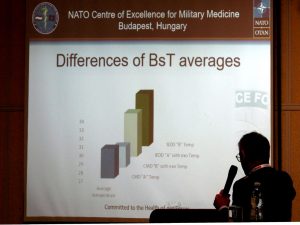 LTC (It AF) Stefano De Porzi, a medical doctor, head of Doctrine SO2 – Interoperability Branch at the NATO COE for Military Medicine, also talked on evaluation methods and metrics. The latter range from biomechanical to physiological, operational and human factor metrics; during tests carried out at the 2nd IEB WS, three physiological metrics were taken in count, heart rate, body surface temperature and urinalysis. Measures were taken following a 20 minutes session of physical exercises; these proved too short to obtain useful metrics from the urinalysis, while body temperature measurements showed a decrease of around 4°C when using the exoskeleton, tests having been carried out in four different configurations, without exoskeleton and bomb suit, with exoskeleton and without bomb suit, without exoskeleton and with bomb suit and with exoskeleton and bomb suit. 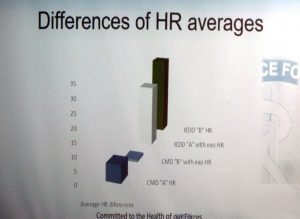 Heart rate was also lower when using the exoskeleton, both in the task against IEDs as well as in the CMD one. Tests were carried out in an open hangar, with an average humidity of 84% and an average temperature of 9°C.

It was then the turn of the industry to show what has been done until now in terms of R&D to solve the problem of carrying heavy burdens in the military field.

To make the article more readable here are the links to the sections related to each one of the companies that presented their products at the 3rd IEB WS. To open the relevant articles please click on the logo. 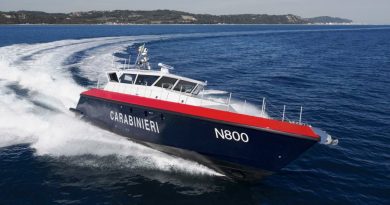