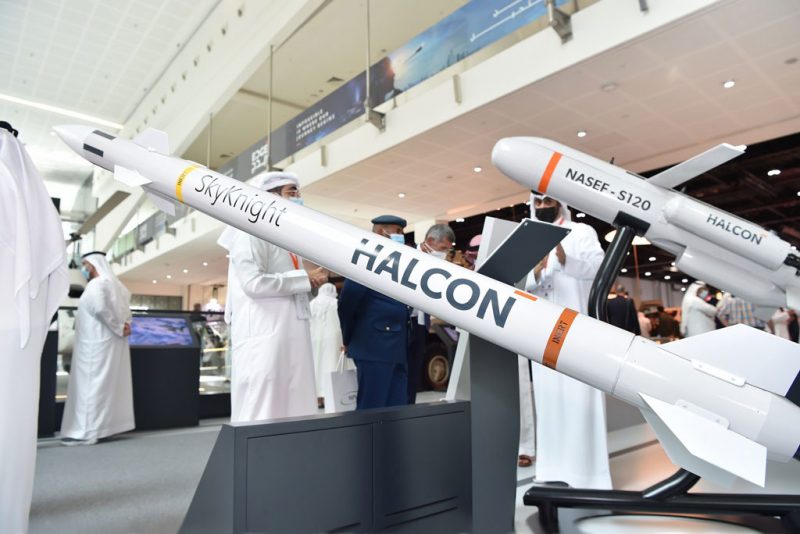 Halcon, the company part of the EDGE group, specialised in guided weapons, unveiled at IDEX its SkyKnight air defence missile. The new weapon has a maximum range of 10 km, and is being integrated into the Skynex air defence system, developed by Rheinmetall Air Defence around its Oerlikon Skymaster command and control system, linked to sensors and effectors via a tactical communications network, allowing a very flexible configuration. Rheinmetall can provide in-house radars, such as the latest AESA Multi Mission Radar (AMMR), and effectors, the latter being the Oerlikon Revolver Gun Mk3, which at EDEX 2018 was shown in the HLP (Hook Lift Platform) configuration, easily deployable using a flatbed truck.

To extend the system range Rheinmetall considered adding a missile system to the Skynex, and started cooperation with Denel of South Africa, which proposed its Cheetah. This programme has however been since discontinued, and now the German company has teamed up with Halcon, and is working to integrate the SkyKnight into the Skynex. The new missile is 2.2 meters long, the body diameter is 115 mm while the wingspan is 300 mm, weight launch being 35 kg. No indication about the maximum speed was provided. Halcon proposes a 20-foot container as launcher, 60 missiles being hosted in a 6×10 cells matrix, one section of the container hosting the power supply system, the secure data-link to keep communications with the Skymaster, and the electronics to sequence fire the missiles. A Skynex battery can include up to four Oerkikon Revolver Guns and four SkyKnight launchers, a total of 240 missiles being thus available.

Each container can launch in sequence up to 20 missiles, the system being able to handle up to 80 missiles in flight at the same time. According to data provided by Halcon, the SkyKnight can cope with rotary wing aircraft and UAVs up to 10 km, against fixed wing aircraft at 8-10 km, against precision guided munitions and cruise missiles at 6 km, and against rocket-artillery-mortar threats at 4 km range. At shorter ranges it is the turn of Revolver Guns to take over the burden, these being capable to operate against fixed and rotary wing aircraft up to 4 – 4.5 km, and against mortars and small UAVs at 1.5 km, generating a wall of tungsten thanks to their 1,000 rounds per minute rate of fire and the use of AHEAD 35 mm ammunition.

The containerised launching system of the SkyKnight is very similar to that of the Cheetah, the missile architecture being also pretty similar, although the range seems higher that what disclosed by Denel in the past. In any case this puts Halcon amongst the air defence missile manufacturers. As stated by H.E. Faisal Al Bannai, EDGE Group CEO and Managing Director in the press release announcing the development of the new missile, “SkyKnight is the UAE’s first, but will not be the last air defence missile developed by HALCON.”

Presenting its Skyranger 30 mobile air defence system Rheinmetall included the SkyKnight among the missiles that can be integrated into its new system. 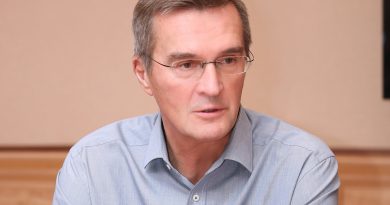 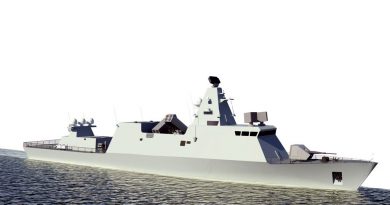 22/11/2019 Olga Ruzhelnyk Comments Off on Israel shipyards: innovation at the service of Israeli Navy and export 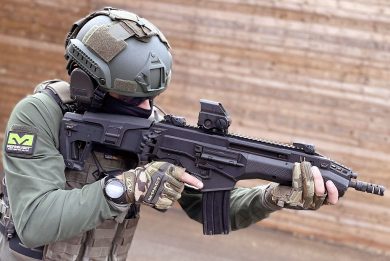