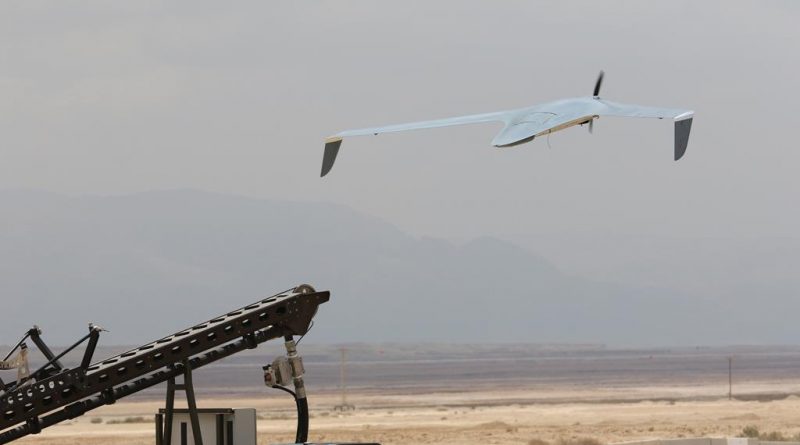 Border control is definitely an issue for Israel, thus it is not a surprise that Israeli companies are at the forefront in technologies that help in securing national borders. A further example of this comes from Israel Aerospace Industries (IAI), well known for its Guardium that secures the Tel Aviv airport perimeter, which exhibits a newly developed hybrid ground and air robotic system for border patrol, reconnaissance and surveillance defense system. The system is made of existing bricks, the news being the way these have been put together to provide a system able to support a variety of complex missions including ambushes, intelligence, reconnaissance and surveillance, target detection and remote threat neutralization. The two platforms used in the system are the RoBattle ground robot and the BirdEye 650D UAS. 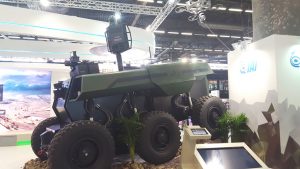 The former is a 6×6 UGV with a combat weight of around 3,000 kg that can be fitted with a variety of payloads, ranging from electronic warfare to optronic packages and to RCWS. Its robotic heart is made by a kit, derived from that used on bigger unmanned ground systems, which includes LIDAR, vision-based navigation systems, lasers, and radar; the RoBattle is fitted with advanced autonomous systems that allow it to accurately orient itself in the field thanks to real-time 3D mapping and decision support systems. The BirdEye is a small tactical RPAS with a 30 kg MTOW and a 5.5 kg payload, capable to fly for over 15 hours at a maximum range of 150 km, with a loitering speed of 40 kts. IAI is providing all needed sensors and data links, as well as an advanced C2 centre that can be located anywhere, not necessarily close to the operational area, thus avoiding any risk to the human life.

Making the two systems working together allowed to extend the reach of the UGV well over the line of sight, and to provide long range surveillance and target acquisition capabilities using both land and air based payloads, sharing point of interest, which allow to close much faster the loop, algorithms matching targets providing more relevant data. The system is tuneable to customers’ needs and marks another major step forward in unmanned net-centric solutions. According to IAI the system is currently considered at TRL 8, the company declaring that there is already a customer with whom it is optimising the configuration, tests having started in Israel. IAI stated that it would be ready to deliver by year end if requested.