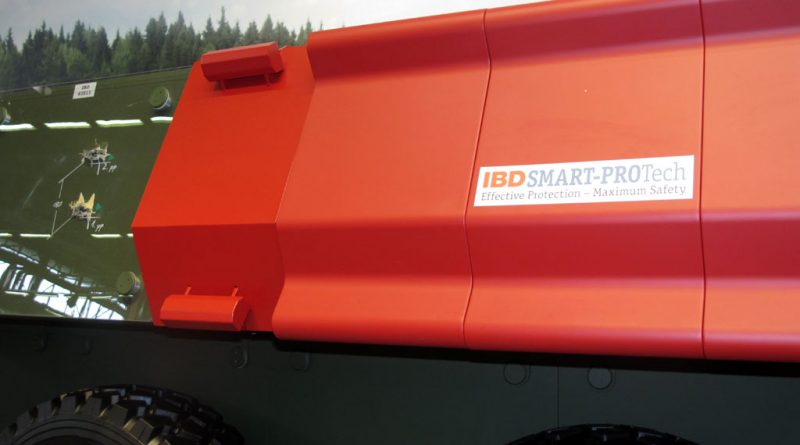 Tandem shaped charge warheads have become a common threat on the battlefield, as explosive reactive armour (ERA) is more and more used to protect armoured vehicles from HEAT rounds. To neutralise the new threat active protection systems were developed, which can hit the incoming round at a short distance from the target vehicle. These are however quite complex, difficult to integrate, and pretty expensive, thus IBD Deisenroth Engineering, which by the way developed the ADS, one of the first active systems, decided to leverage its experience to produce a new solution. This is a sort of hybrid that tries to avoid the disadvantages of active systems, which by the way are not much accepted in some countries, while providing a good probability of defeating tandem warheads. 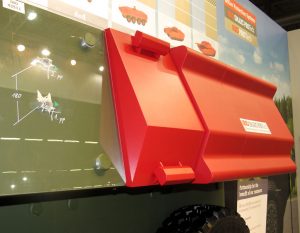 Named SMART-PROTech, the new armour is made of modules, each containing a sensor and one or two countermeasures, depending on the size, position and orientation of the module. The two countermeasures are installed one at the top facing downwards obliquely and the second at the bottom, facing upwards always obliquely, inclination being provided by the physical shape of the module; the strike face comes with an angle of around 30° from the vertical and contains a sensor. This is insensitive to small and medium calibre rounds, thus countermeasures are not triggered by those rounds that would anyway be defeated by the vehicle passive armour. The SMART-PROTech module is fitted with a lightweight protection cover, avoiding damages to the system elements by external objects. When the vehicle is hit by a tandem warhead, the effect of the precursor charge is neutralised by the passive armour; the hit triggers the activation of the appropriate countermeasure that generates a blade of energy destroying the main shaped charge before detonation, thus avoiding perforation.

It is quite clear that IBD leveraged the work done on the ADS exploiting the countermeasure technology, while simplifying the system using a different trigger system compared to those installed in the active system, making the integration much easier than with ADS systems. The advent of the SMART-PROTech will allow to split the kinetic energy and the shaped charge warhead add-on protection elements, the new system being installed on the outside of the KE protection elements. Each SMART-PROTech module is completely stand-alone and has no connection with the vehicle.According to IBD this will allow to reduce the overall weight of the protection while maintaining a similar space. 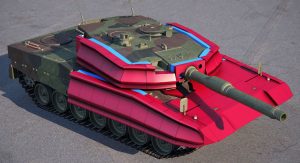 It is to note that IBD is now able to produce 3-D shaped composite structural parts with integrated ceramics up to Level 5 or 6, allowing considerable weight savings compared to ballistic steel elements, adding another weight reduction element.

While the weight of the SMART-PROTech is comparable to that of ERA, and as 100% coverage remains an unreachable target, the new system ensures a much higher probability of success against tandem shaped charges compared to ERA. IBD did not provided a TRL metric but stated that the system has already been tested in difficult conditions, and proved its insensitivity towards small arms. The company is looking for a platform manufacturer to fully develop the system, and hopes that the numerous meetings held at Eurosatory will bring to a fruitful partnership.