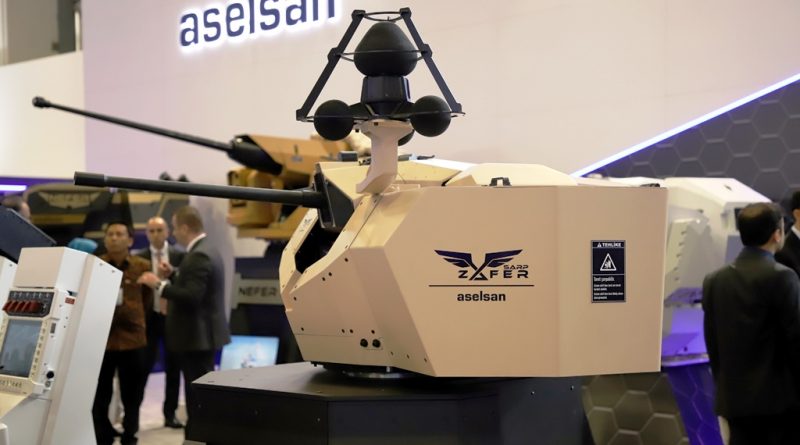 Probably the stand with the greater surface at IDEF, that of Aselsan is always a mine of new systems unveiled at the Istanbul exhibition at every edition. This year made non exception, and as usual the Turkish electronic champion unveiled a new version of its well known Sarp remotely controlled weapon station, of which over 3,000 units have been delivered, Aselsan’s RCWS being in service in 19 different countries. Five years ago the company delivered a number of its RCWS to the Turkish Land Force, the Jandarma and the Police, while on the export market its products went among others to NATO as well as to nations using weapons of Russian origin, the systems being requested to adapt to different loading and different doctrines. 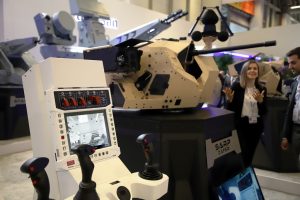 To answer new requirements the last born of the Sarp family is the Zafer, which existence had been announced in 2018 but which is being shown in public for the first time at IDEF 2019. The key feature of the Zafer is that ammunition can be easily fed from inside the vehicle, avoiding the crew to expose itself to enemy fire should the weapon run out of ammunition; the fired rounds counter allows to warn when the RCWS runs low on ammo. The other distinguishing element is the Zafer low profile, which does not impede however to have a good elevation arc, -25°/+65°, an important feature especially in urban areas. The Zafer is designed to accept 7.62 mm machine guns, FN MAG 58 or M240, or 12.7 mm weapons, M2HB machine gun, the ready ammunition capacity being respectively of over 500 or over 100 rounds; however the under armour reloading in a matter of minutes makes this data much less important than in other RCWS. 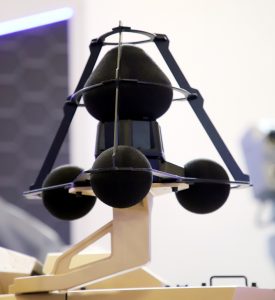 The ammunition box is located inside the vehicle, thus part of the turret profile protrudes inside the vehicle. When armed with a 7.62 mm weapon the weight of the above deck portion is less than 350 kg, which under deck being below 40 kg. The optronic sighting system is located on the right of the cradle, and includes thermal and day sights, a ballistic computer, a laser range finder, an automatic target tracker, the whole system being stabilised to allow fire on the move against both static or moving targets. The Sarp Zafer seen at IDEF was also equipped with the Aselsan’s S pot acoustic gunshot detection system that can be integrated as optional, a wireless version of the Zafer being also available that allows maximum flexibility in installing the console inside the vehicle. The Sarp Zafer is already in production and is being provided to the initial customers. 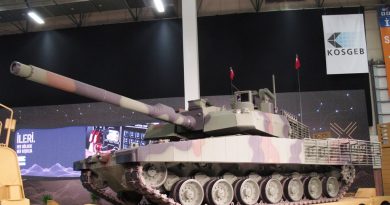 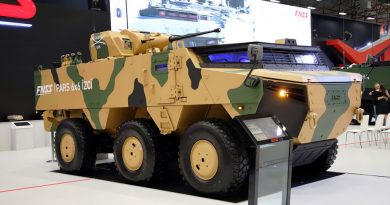 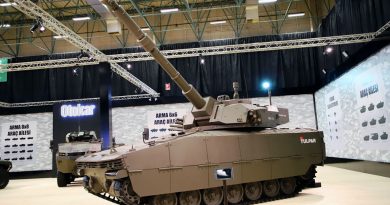