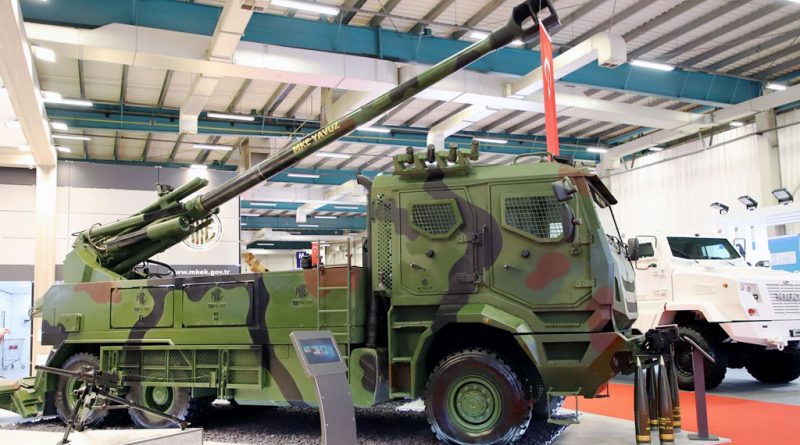 Unveiled at IDEF 2017, the Yavuz 155/52 mm truck-mounted howitzer developed by MKEK continues to be developed in order to optimise it both for the national and export markets. Compared to the demonstrator seen in 2017, the SP howitzer exhibited this year maintains the 6×6 truck chassis but features a fully protected cabin, produced by Yol-Bak which level remains classified, while many other elements have been modified. Originally the armoured version was to weigh over 30 tonnes, however MKEK found a number of areas in which it could spare weight. The most important is the spade, which is much lighter than the original one; this is due to the fact that tests have shown that the hybrid gas-hydraulic recoil system and the muzzle brake help in reducing considerably the recoil force, which has been measured at 48 tonnes versus the estimated 80 tonnes. Further improvements are being foreseen to further decrease recoil, which should allow a further weight reduction on the spade. 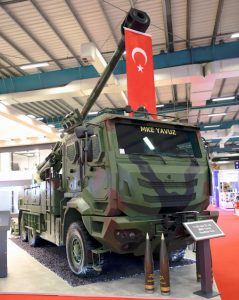 Some other modification were made to the chassis, all those allowing a 3-3.5 tonnes weight reduction. Should the customer need to further reduce the combat weight, renouncing to run-flat tires would allow gaining 900 kg, while 700 kg can be spared adopting a 100 kW generator rather than the 800 kW currently mounted. Shifting the 18 rounds of ammunition on an ammunition carrier would bring down the weight by some more 900 kg. The current combat weight of the Yavuz is of less than 28 tonnes.

Two years ago a competition was going on between the MKEK–Yol-Bak team and that formed by the General Arsenal Direction with Aselsan. According to MKEK sources the two programmes have now been merged into the Yavuz, negotiations with the national customer being underway. These include some possible further developments, such as an automatic system to carry ammunition and charges from the reloading truck to the Yavuz, as well as an automatic loading system for firing; the current semi-automatic loading system ensures a three-round burst in 15 seconds, four to six rounds per minute at the maximum firing rate, and two rounds per minute in continuous fire. According to MKEK the automatic loader would add only 200 kg to the system.

MKEK also offers a non-protected version, which weight is reduced to 22 tonnes. The Yavuz has a ±17° traverse while maximum elevation is 65°. With the RAP/HE M549A1 ammunition its range is 30 km, which increases to 40 km when using ERFB/BB ammunition. 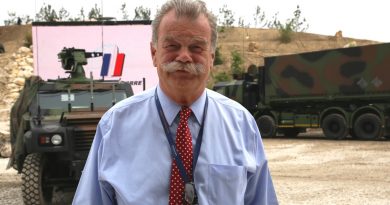 A few hours to inauguration: the word from the boss

10/06/2018 Olga Ruzhelnyk Comments Off on A few hours to inauguration: the word from the boss 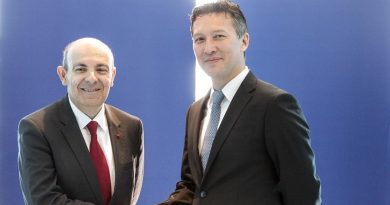 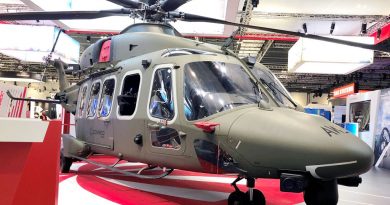