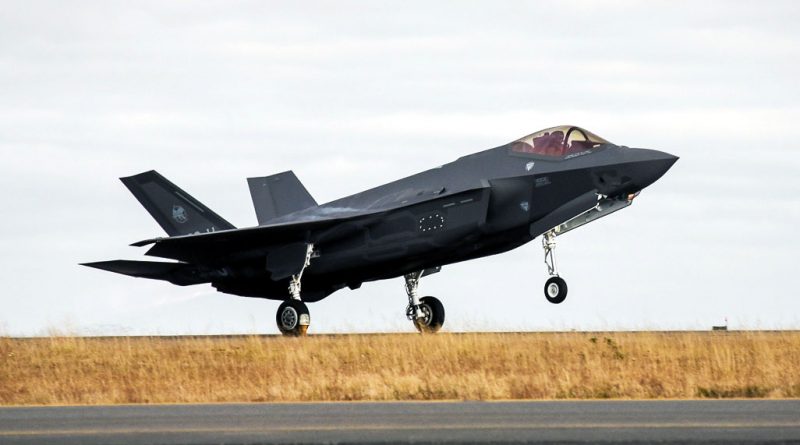 “We deployed the advanced party on September 23,” Spreafico said, “four jets being transferred one day later and two more the following day.” To cover the distance between their base in Amendola and their redeployment airport at Keflavik, over 2,000 NM, the Italian F-35s had to refuel twice, once over northern Italy and once over Scotland, fuel being provided by an Italian Air Force KC-767A tanker provided by the 14th Wing, a P-72A from the 41st Wing ensuring the Oceanic Search and Rescue capability in case of need, as neither the British nor the Iceland Coast Guards ensures such capability between the two islands. All six jets were deployed by September 25 following a ferry flight of around 5 hours 30 minutes, and started familiarisation flights two days later.

Overall 130 Italian Air Force personnel were deployed within TFA 32, which structures mimicked that of Italian Air Force Wings although obviously with reduced numbers. Beside the limited staff of the Task Force HQ, TFA 32 was made of three main elements, Task Group Lighting, Force Protection, security was a key issue with the F-35, and Combat Service Support. Beside the Flight component, the Operations Branch and the Maintenance Branch, which included some 50 technicians, a fourth element peculiar to the F-35 aircraft was part of Task Group Lighting, the ALIS. This acronym stands for Autonomic Logistics Information System, which allows F-35 operators to plan ahead, to maintain, to plan and sustain the new fighter.

According to Col. Spreafico, the procedures learned during previous deployments to Iceland flying the Eurofighter Typhoon proved solid and efficient, an were fully exploited during the training phase that started in July 2019 and that was mainly focused on air-to-air interception, especially of heavy aircraft, as well as on QRA operations, while the maintainers build up was aimed at operating in cold weather conditions, much different from those of southern Italy in July.

On October 1st, following some more flying and all briefings by the NATO team, the TFA 32 reached its Initial Operational Capability. Two “Tango” scrambles followed that same day, and following a third training scramble on October 2nd the NATO evaluators stated the fully compliance and declared the Full Operational Capability of the Italian detachment, two days ahead of schedule.

Operational activity then started, consisting mainly of cold weather scramble operations, conditions being definitely different from those met in southern Italy. The alert chain was triggered by the Icelandic Coast Guard Control and Reporting Centre where Italian personnel was also embedded, the Italian Air Force having deployed its members in all key organisations to follow all activities both under the operational and the training aspects.

The TFA32 was obviously fully integrated into the NATO Air Defence System, scramble orders reaching the units via Link 16 directly from the Combined Air Operations Centre (CAOC) based in Uedem, Germany, north of Düsseldorf, responsible for all the Alliance air activities north of the Alps. All was received on digital channels without any voice command, down to the single aircraft.

In less than one month Italian F-35 flew 103 sorties, 14 of them at night, for a total of 159 flight hours, to which we must add the 65 flight hours of the ferry flight between Amendola and Keflavik and back. Eight to 10 sorties per day were planned, some training missions involving all six Lighting II operating in a two versus four scenario or in a four versus two plus four virtual opponents injected by the embedded training system. According to Col. Spreafico the system provides very reliable and complex scenarios both in air-to-air and air-to-ground domains. Military flight activity in Iceland was scarce, which limited training with other assets: the TFA32 took the opportunity to carry out slow mover intercept training with an Italian C130J deployed for logistic support and with a Danish Sea Hawk helicopter operating in the area, deployed on board a frigate that allowed also to carry out simulated attacks against a naval target. Moreover, six Tango Scrambles were inducted directly by the Uedem CAOC.

The experience gained in previous Iceland deployments, with Tornados, Predators and Eurofighters, allowed to adequately tailor the logistic footprint. The efficiency proved very high, although no numbers were given, Col. Spreafico also underlining the high robustness of the aircraft, that were ready to fly again after a quick turnaround and refuelling. Some maintenance activities related to low observability were carried out, a challenging task for Italian specialists. The Keflavik base was the last mile for spare parts deliveries, which helped in having spares at hand very quickly when needed. One aircraft had to divert to the alternate base, the only one being Akureyri, over 200 km northeast of Keflavik, a six-hours drive trip. The aircraft landed there on Friday afternoon, a Force Protection team being immediately dispatched while the problem was assessed and the needed spares identified. These arrived on Sunday at Keflavik and were immediately transferred allowing the fighter to be back in Keflavik on Monday morning ready to carry out the afternoon mission. “This was a very useful logistic stress test,” underlined Col. Spreafico.

Talking of the advantages of the new fighter deployed by the Italian Air Force the TFA32 CO, he underlined the huge advantage of gathering information while delivering effects in different domains, all at the same time, as well as helping legacy assets to convey those effects in a better way. Another key element was the capacity of the jet to provide valuable and very reliable information and data along the command chain, permitting decision makers to provide the right commands to the effectors according to established Rules of Engagement, all in near real time. The F-35 showed very good interceptor characteristic, the amount of fuel carried avoiding the need of external fuel tanks. Coming to connectivity, the Italian detachment exploited considerably the Link 16 capabilities, for connecting with the CR and the CAOS, as well as the Multifunction Advanced Data Link (MADL) that allows direct links among the F-35 community. As no land assets were available for air-to-ground training, the Variable Message Format (VMF) was not used.

The Iceland operational deployment was based on a build-up approach that saw Italian Air Force Lighting II deployed in Great Britain, Greece, and other European countries for training, bringing the 32nd Wing to become fully start real operations around one year after having received its IOC status. 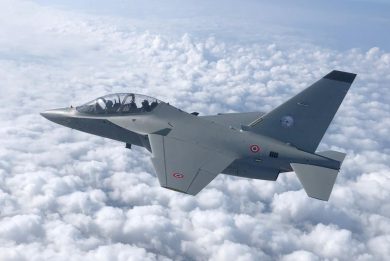 26/10/2021 Paolo Valpolini Comments Off on International Flight Training School: agreement signed for the training of Japanese Military Pilots in Italy 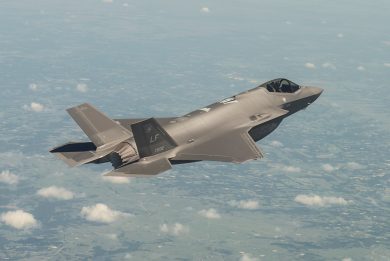 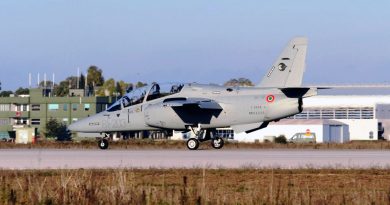