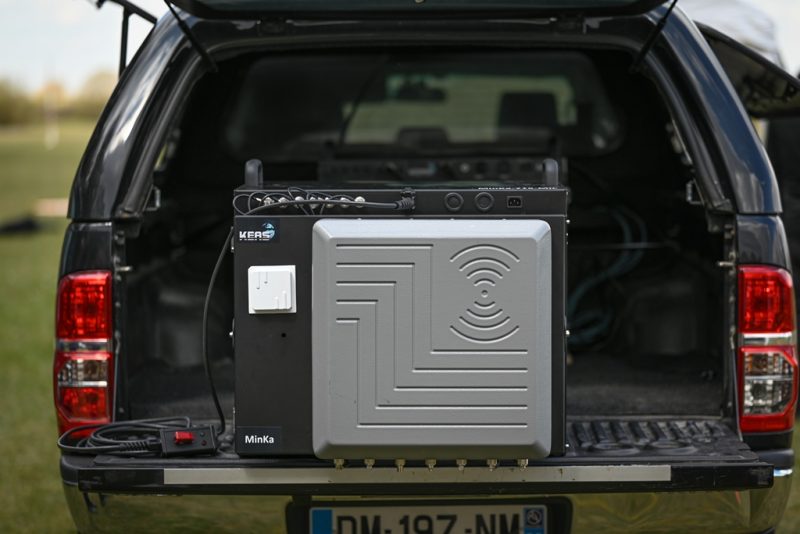 18 May 2021 – Based in Grenoble, France, KEAS is an expert in detecting and jamming mobile communications since 2005. The company is expanding its offering and launching the digital versions of its flagship products: the MinKa anti-drone system and the BLOCKio mobile communication jammer.

KEAS’ latest products were recently showcased and tested in front of government bodies at a military camp in the Paris region. “This is a decisive step for KEAS, demonstrating to key national decision-makers our ability to offer a range of high-performance analog and digital products built entirely with French intelligence,” emphasizes David Morio, the chairman and CEO of the industrial group.

Conclusive demonstration for the digital MinKa-750D

The focal point of the day was the vehicle-mounted MinKa-750D digital anti-drone jammer. Equipped with seven frequency bands of 50 W each, the unit demonstrated its effectiveness against drones controlled by professional military pilots. The pilots, posted over 3,280 ft from the demonstration stand, alternated between low and high approaches (ground level to 490 ft), either fast or slow, and communicated live with the visitors. Each time the jammer was triggered, the pilots reported losing control of the drones, which “reared up” in the air.

The MinKa-750D is dedicated to protecting convoys and soldiers during operations, and can be mounted in a light armored vehicle. Equipped with omnidirectional or directional antennas, it can neutralize all the frequencies used by known civilian drones, while allowing other RF equipment used by frontline staff to keep working. Three models are available: jamming on detection, detection only or continuous jamming. The unit can also be controlled via a tablet or a C2 command and control API. The benefit of using digital technology lies in the improved performance and real-time configurability in the field.

Also on display was the HYDRA solution from CERBAIR, which detects drones by analyzing radio frequencies. This unit couples with the MinKa to activate jamming automatically or manually whenever drones are detected within a radius of 1.2 miles, depending on the site configuration.

The MinKa system has already proved its worth in military applications. In the CECLANT project awarded to CERBAIR, it is mounted on a navy tug and protects nuclear submarines entering and leaving the Brest harbor.

Mission accomplished for the digital BLOCKio-950D

The second part of the demonstration presented the digital version of the BLOCKio-950D mobile communications jammer, which operates in nine bands of 50 W per band. The unit successfully jammed all the participants’ mobile phone signals. Its action covers all communications standards (2G/3G/4G), Wi-Fi, Bluetooth, satellite telephone bands, and now the non-standalone and standalone 5G standards. It does not interfere with RF systems transmitting in contiguous bands (e.g., DECT, PMR or API). The advantages of digital over analog are the increased performance and configurability. Many variations are possible by modulating the power from 3 to 50 W, the omnidirectional, directional or external antenna system, and the actuation mode (manual, automatic on detection or via a C2 control center).

Agile, experienced, and ambitious, the KEAS team continues to advance in the jamming industry, targeting both mobile communications and drones, with the goal of developing its national and international markets. “We are positioned in emerging markets where our close-knit, 100% made-in-France teams are a strong advantage,” concludes David Morio. 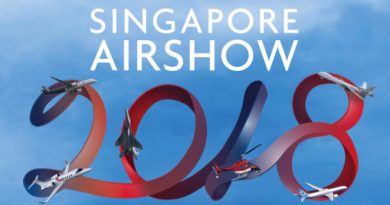 14/12/2017 EDR Comments Off on Singapore Airshow 2018 : Spotlight on Industry Transformation 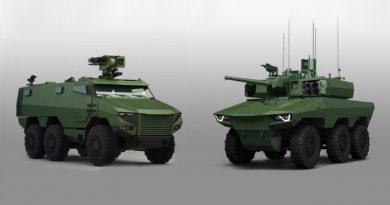