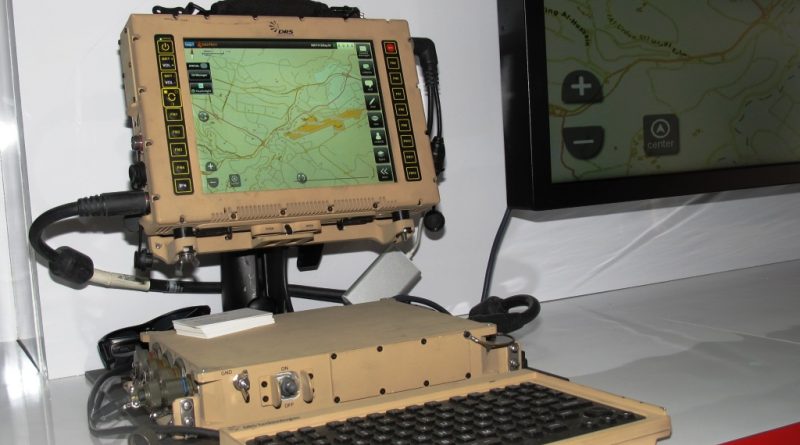 Leonardo DRS is in discussion with Jordan for the adoption of its MFoCS (Mounted Family of Computer Systems) that already equip all US Army and US Marine Corps vehicles, and is also in service in the United Arab Emirates. A highly modular system, it allows to add hardware as functionality and processing power needs increase, all its components being also ruggedized and designed to operate in extreme environments.

The other key proposal is in the Electronic Warfare field, in the form of the Blackstone, a backpackable direction finding (DF), time difference on arrival (TDOA) system, which weighs 3.8 kg to which we must add 1.1 kg for the radio, usually a Harris 152, a further 1.1 kg being added if the 5 hours mission duration battery is swapped with a 13 hours one. The core of the SI-9001/BS/SYS, as the system is also known, is the high performance software defined surveillance receiver operates in the 2-3000 MHz band, is fitted with an integrated GPS and has two channels, one scanning for signal activity, the second for DF and demodulation or TDOA and demodulation. It works on various kinds of signals such as AM, FM, CW, USB and LSB. Full spec DF results, with an accuracy of less than 7° RMS, are available in the 100-800 MHz band, while in the 2-100 and 800-2500 MHz accuracy is reduced to less than 15° RMS. 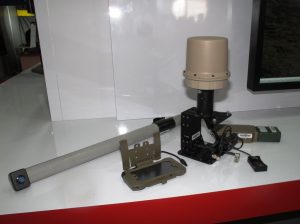 In DF mode a single sensor can be used moving it, providing the emitting source continues to transmit, while in TDOA mode more sensors, usually three, are needed. The DF antenna is installed on a telescopic mast and is linked to the Blackstone Picoceptor, the receiver, which is then linked to the Harris radio as well as to the user interface, which is an S4 rugged interface controller, the new S7 being expected soon. Other options are available as user interface in the form of android low SWAP systems.

A vehicle mounting kit is also available to install the Blackstone on vehicles or small boats. Leonardo DRS is looking at constant improvements, the way ahead considering for the near future the so-called Blackstone 2 that will feature an increase in the band up to 6 GHz and the possibility of giving away the radio, while further ahead the µBlackstone will allow to install the system on new platforms such as helmets, µUAVs and small EO/IR Ball. Leonardo DRS is also working on the Rabid Poodle, a new backpackable system weighing less than 10 kg that will provide not only DF capabilities but also EA (Electronic Attack) up to 10 km distance using a directional antenna.