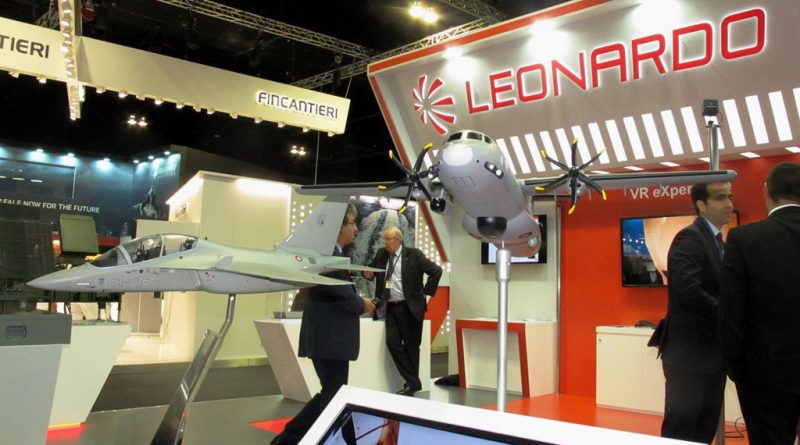 Anti-submarine warfare is definitely one of the key issues in the area, thus Leonardo focused its participation at DSA in this field, without dropping other interesting assets. The presentation of an AW159 Wildcat from he UK’s 847 Naval Air Squadron at Royal Malaysian Navy Base Lumut and at Subang Airport a few days prior the opening of DSA shows well how much Leonardo is promoting this helicopter, which is fitted with the Seaspray 7000E AESA radar capable to pick up small targets such as subs periscopes and snorkels. The company recently updated its ULISSES (Ultra LIght SonicS Enhanced System) that includes an acoustic processor, suonoboy signal receivers with and without location capabilities, and a UHF transmitter used as a downlink to the buoys. An ongoing programme in Malaysia is that for the Maritime Patrol aircraft; the elections did not favoured a decision of what was defined a “strange competition” as no formal tender has been yet issued following two years of market survey.

Leonardo is confident that its proposal, made of the ATR 72MP fitted with the ATOS combat system and the Seaspray AESA radar, is very well positioned, being also one of the most mature products and due to the full support of the Italian Air Force. In terms of fixed wing aircraft Malaysia operates the MB-339, although engine problems are preventing them from being operational. The company is looking for a financial partner to propose a solution, such as i.e. a flight by the hour scheme after having solved the engine maintenance problem. This might lead to a potential replacement of the 339 by the M346, although Leonardo officials know well that South Korea is well positioned in this area. That said, the Chief of the Royal Malaysian Air Force already flew the Master, and very soon Leonardo will provide an in depth presentation to the service staff, not only of the aircraft itself but of the whole training system as well as of possible service solutions that might lessen funding problems, spreading the cost over a greater period. The Light Attack version might also be considered as a gap filler, awaiting the MRCA programme definition, that realistically should not become real before 2023-25.

As for helicopters, Leonardo is expanding its facility in Malaysia in order to provide adequate support to its fleet of around 200 aircraft in the area, new investments being planned to improve its regional maintenance and support centre at Kuala Lumpur’s Subang – Sultan Abdul Aziz Shah Airport. Around 60 Leonardo helicopters are in service in Malaysia, four more AW139 to be delive red to the Royal Malaysian Police by year end, AW189 being under delivery to the fire rescue service, while the MMES (Malaysian Maritime Enforcement Agency) is looking for new helicopters and is considering the AW189. As for radars, the company considers in Malaysia there are opportunities for more RAT 31DL radars, the system being already in service. Last but not least, Leonardo considers that one of its newest products, the M40 target drone, should attract considerable interest in the area, as it offers performances close to those of the Mirach 150 at a cost comparable to that of entry level competitors.