“The strong partnership (through the Portfolio Management Agreement) between MBDA and the UK MoD has already changed the paradigm for complex weapons development, delivered world leading capabilities to the UK Armed Forces and provided savings in terms of both time and money. The Team Tempest partnership has the potential to do the same for Combat Air”, said Chris Allam, managing director of MBDA UK, during the unveiling ceremony. “The starting points for MBDA are the innovative Meteor air-to-air and Spear 3 air-to-ground munitions”, said Paul Mead, MBDA group business development director to EDR Magazine. 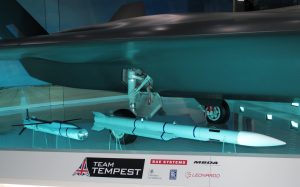 The latter evolution roadmap sees the involvement of the baseline Spear 3 munition, followed by a future electronic variant concept being worked out together with Leonardo, to bring EW in the Spear airframe. This is based on the Brite Cloud and its technologies. The new variant requirements definition is in the final discussion with Royal Air Force, explained Mead, and a contract could be awarded within 2018. Last week, during the press briefing at the Royal International Air Tattoo 2018, the RAF announced the integration of Spear 3 on the Typhoon. “The network enabled air-to-ground weapon system installation and deployment from the F-35 represent the starting point for the Tempest combat concept model”. In a similar way, Meteor, the fifth-generation air-to-air weapon to enter in service onto the Typhoon from this year, will see at least a capability enhancement program to project it into the future, considering the indicated Tempest platform operational capability by 2035. 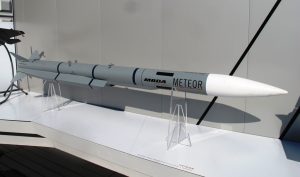 “Using these two advanced weapon systems as a starting point represents a low-risk approach to the demonstration phase”, highlighted Mead. For the longer-term, the Tempest platform is expected to be equipped with future strike capability and anti-ship cruise weapon systems which are currently under contract in the concept phase. “We are also looking to novel concepts: the current DragonFire high-power laser demonstrator programme being carried out together with Leonardo and QinetiQ is expected to test and define the technologies which will be applied in the first system iteration for naval application. We expect to develop land and air variants which could find application in the mid-long term, including the new combat aircraft system”, Mead unveiled. The RAF and the Team Tempest are also looking to “low-cost unmanned and swarm operating capabilities, which the Spear 3 network enabled munition with the data link has in term of time-to-target”. “These activities will steam from the RAF Rapid Capabilities Office’s (RCO) LANCA low-cost remote unmanned demonstration program. 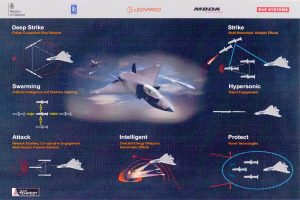 The latter has been launched at the beginning of this week with the RfI release, as part of the Future Combat Air System Technology Initiative (FCAS TI). MBDA is looking into its weapon system components to satisfy this programme requirement. “With the Meteor and its datalink and long-range, together with the Spear network enable capabilities and the variants, MBDA has the base already in place to evolve into low-cost unmanned capabilities as well as longer-range strike capabilities; moreover, MBDA’s future cruise missile initiative will provide the component for the long-range strike for the future system. “The complex weapon pipeline and Team Tempest is a perfect marriage”, summarises Mead. 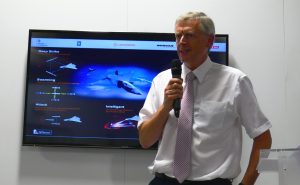