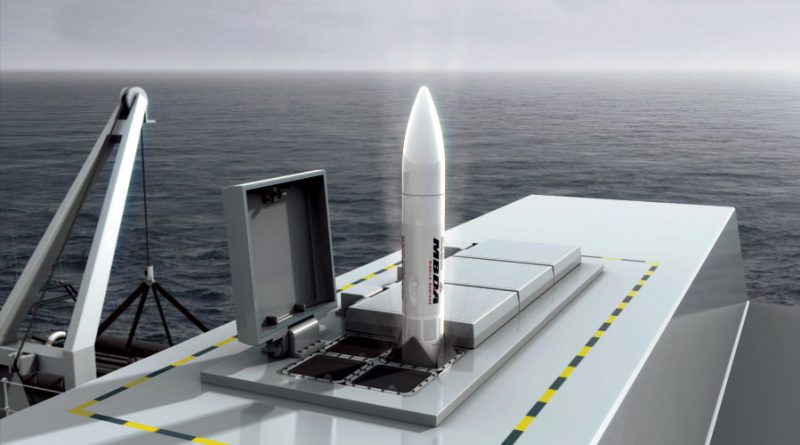 At Indo Defence MBDA, the European missile company, is promoting its new Sea Ceptor local area anti-air missile system as a potential retrofit for the Indonesian Navy’s three Bung Tomo class corvettes. Originally the three 95 meters corvettes were designed to receive the VL Sea Wolf, following an agreement signed in 2013, but that did not happen. MBDA is now proposing its new missile system based on the CAMM (Common Anti-air Modular Missile)

Sea Captor system. As demonstrated by the highly successful Type 23 upgrade programme for the British Royal Navy, the Sea Ceptor is a proven and low-risk upgrade option for the Bung Tomo corvettes, its physical dimensions being the same of then planned system, which means that no major modification are required on the units.

The Sea Ceptor has a range of more than 25 km, and uses an active radar seeker (supported by mid-course guidance updates) to deliver an all-embracing capability against multiple targets simultaneously. It also features a novel “soft lunch” technology, where a gas-powered piston propels the missile away from the ship before thrusting it in the direction of flight. Once the low-speed /low-energy turnover is complete, the missile fires its main rocket motor.

The Sea Ceptor has been ordered by the UK Ministry of Defence to replace the VL Sea Wolf on Royal Navy’s type 23 frigates and to equip new Type 26 frigates from build as well as future Type 31 frigates. The system was also ordered by New Zealand and Chile for their respective frigate upgrade programmes.