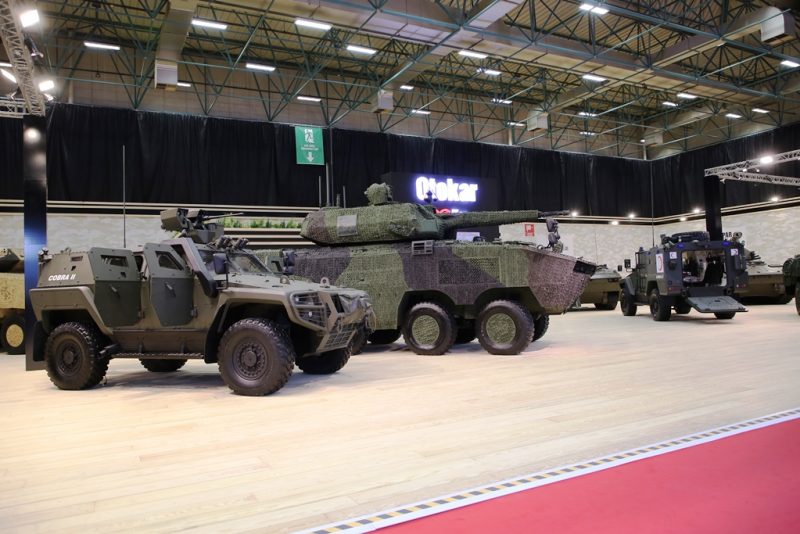 “We had to face a lot of challenges during the pandemic, we had to keep the workforce available, respect the contractual schedule, secure the supply chain, and obviously taking care of the health of our employees,” Serdar Görgüç, Otokar’s General Manager tells EDR On-Line during IDEF 2021. “We were confronted with unknown situations, for example we had to ensure the social distancing of the workforce, so since March 2020 we had to switch from the single shift we have in standard situation to a two-shift organisation, which proved to be the right move as we did not had many COVID cases at the same time.” To avoid stopping production securing the supply chain was a must. “We managed to do it, although some of our vendors had bottleneck caused by COVID, but in the end we did it, and by the end of 2020 we met all our contract schedules, we delivered on time, and in 2021 things are going more or less the same,” the Otokar GM says.

While at company level the COVID impact was limited, that might not be the case for Otokar customers. “Most of the countries faced unexpected expenditures, and this will cause delays in defence programmes, moving them towards the right, mostly for budget problems,” Mr. Görgüç states. “All what we did in 2020 was the fruit of the activities carried out in 2019 or before, so in 2021 the defence industry will have to face not only pressure on budgets but also the delays in the meetings of the committees that had to launch the programmes. On top of this most exhibitions were cancelled, and these are crucial for defence sales that create the contacts and networking not only with end customers but also with subcontractors,” he explains, adding that another key issue is the possibility to carry out in-country demonstrations and trials, which were de-facto stopped by the pandemic for nearly two years, which was also the cause of delays in decisions.

Notwithstanding all those difficulties Mr. Görgüç confirms that the defence branch of Otokar will meet its 2021 budget targets, “which will be better than that of 2020 but not as good as we might have expected in normal times.”

The aforementioned efforts led to maintain the production rate at normal levels. “We have two flagship vehicles on the production line, the Cobra II and the Arma 8×8, we have a full production schedule both for 2021 and 2022, which are being manufactured in different variants.

We are also promoting the Tulpar tracked vehicle in three different countries, and we are currently carrying out in-country demonstrations, and we intend to be successful in one of our target markets. We can see that our platform has very good cross-country performances and we are getting good feedback from users’ experience. In the past years we did a lot of internal qualification test, but we never trained a foreign user to drive it, to fight for it, and to do operational exercises without our support; in 2021 we did that and we saw that performances obtained by the potential customer are similar to those obtained in company trials, and that the vehicle is performing well in geographical conditions different from ours, therefore we are very positive on the future of the Tulpar,” the company General Manager says.

Coming to wheeled vehicle, Mr. Görgüç explains that the Akrep II was designed based on the idea that a small but highly protected vehicle would have its place on the market. “The Akrep II gives a lot of different capabilities to its user, it has a three-man crew and, in the configuration shown here at IDEF, it has a Level 3 all-round protection, including from mines, and an extremely low silhouette. We show it here in the diesel propulsion option, and by the end of 2022 the hybrid version will also be available. The decision to install the Cockerill 90 mm low pressure turret was done to show that the vehicle can carry that class of turret, and we did our mobility qualification trials with a high payload to simulate such turret. We currently have a lot of customers who are interested in a 90 mm solution as they already have in service such calibre and they worked out the reconnaissance by force concept. Another potential customer is interested in the Akrep II for reconnaissance by stealth missions, so we are fitting it with a long distance electro-optic package installed on an elevating mast, like that shown on our Cobra II at IDEF 2019, as well as with an RCWS for self-defence,” he says.

Coming back to the electrically powered Akrep II exhibited two years ago, the company General Manager explains how much the commercial branch of Otokar has been working on electric buses. “The major difference is that here the mission profile is known, as the type of town, the routes, etc, remain the same, which allows to optimise the power management software, while this is obviously impossible on military vehicles, which mission is unknown and varies each time. We wanted however to test our electric solutions in a military environment, and we chose the Akrep II as it was easier to do it on a newly designed vehicle rather than adapting an older one, and engineering wise we learned a lot on many issues thanks to the tests carried out with our demonstrator. Most of the countries we are dealing with are ready to accept diesel solutions more quickly than electric ones, the latter needing further improvements on battery technology, which might even avoid full-electric solutions to become viable in the military world. The hybrid solution might be a better solution and we are also working on that one, which will give a different usage concept reducing thermal and acoustic signature and allowing durable silent watch capacity, so we look at the Akrep II as a platform on which we test different solutions,” Otokar General Manager explains.

Another evolutionary platform seen at IDEF 2021 is the latest version of the Arma 8×8, which is aimed at the Turkish Land Forces new generation wheeled vehicle programme. “This version is configured according to the newly released Request for Information document. It has a higher protection compared to the current one, it has a different internal configuration, and features a 35 mm remotely controlled turret as required by the RfI. We are currently doing reliability tests on that vehicle, we completed all protection tests, the RfI requiring all-round protection referring to the latest published STANAG document that includes the new protections against IEDs; we completed our in-house testing, we already gave ballistic testing panels to SSB which will start its own tests in Autumn this year, including ballistic and mine testing, while by January 2022 we will hand over the prototype vehicle for user’s trials, which should last around half a year. As for the turret, the RfI allows proposing two different turrets, one being the Aselsan turret that we installed on the Arma 8×8, as well as another turret, but we are proposing the Aselsan one as we do not have an alternative solution yet for the RfI stage,” Mr. Görgüç says. “We do not how the Request for Proposal will be configured as far as turrets are concerned, so we will see it probably by mid next year when the RfP should be released. Competitive prototype testing is something new for us in Turkey, so it is a learning cycle for Turkey,” he adds, underlining that the Arma 8×8 is a very capable vehicle, and even with the higher weight of the new version this has the same performances of the previous configuration.

Beside the electric propulsion issue, many other technologies are emerging in the armoured vehicles field that might improve their effectiveness. “Currently we are working on an Otokar solution for a soft-kill system, as we think that such a system should become a must in any category of vehicle. It will be a very cost-effective solution especially for lightweight platforms, and we will most probably see it on our vehicles in the coming years. We are also investing on unmanned solutions, and we will soon show such a solution for supporting forces on the ground. We think this will be a further line of products that will support the existing variants of our vehicles, and here too we will leverage our experience on autonomous driving on public transport vehicles to which we apply Level 3+ autonomous driving solutions, and this allows us to learn a lot, although defence issues are different. We are also working on a remotely controlled vehicle. Of course, ballistic protection remains a key issue so looking at better, lighter, and more effective solutions is a daily work, and in Otokar we have a lot of projects related to this with the aim of improving what we should define the ballistic payload,” Mr. Görgüç states.

The Middle East is one of the key markets for Otokar and new opportunities might come up soon. “There are requirements for 6×6 vehicles in different Gulf Cooperation Council countries, and we already have a fleet of 6×6 in the Gulf which are very successful, and considering this, neighbouring countries also want to buy 6×6 platforms, indifferent configurations. There is definitely an interest for such vehicles in that area and we are following this closely. We also have a running contracts in the United Arab Emirates for 8×8 vehicles, so in IDEX Al Jasoor, our joint venture company in UAE, displayed a mock-up of Rabdan 6×6, just to show that it is easily feasible. Rabdan is now a proven vehicle in the Gulf environmental conditions, so it would be more viable and readily available for that geography, so we might go through our Al Jasoor joint venture, having a production base in the UAE being a plus.” Another increasingly interesting area of interest for Otokar is south and central America, and to this end the company will be present at the Expodefensa exhibition in Colombia late this year. 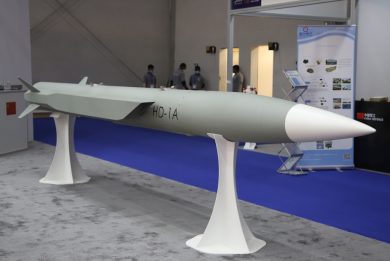 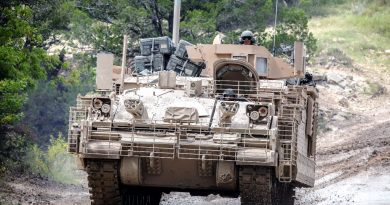 20/11/2020 Olga Ruzhelnyk Comments Off on AUSA Noon Report: US Army modernisation steams ahead 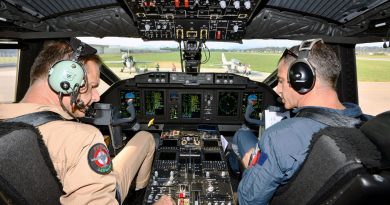