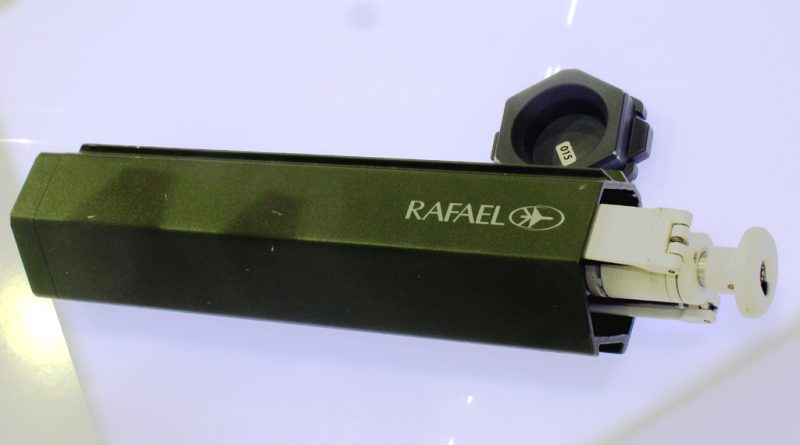 Although it is not a missile, as it remains a guided strike weapon it is considered part of the Spike family: it is the FireFly, the latest product of Rafael, which is in fact a miniature tactical loitering munition that is contained in a 400 mm long tube, with a section of 80×80 mm. The reason why it is considered part of the Spike family is that Rafael used numerous elements developed for such missiles. A vertical take off system, it has two counter-rotating two-blade rotors moved by two electric motors powered by a replaceable battery that ensures a 15 minutes endurance. 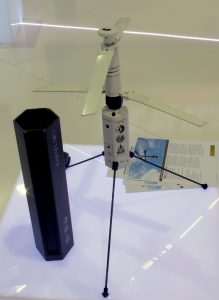 The omnidirectional fragmentation warhead weighs 350 grams and can be removed and replaced by an extra battery to double the endurance, transforming the FireFly into a tactical reconnaissance item, its ability to fly high allowing providing a good situational awareness; the system features at the bottom a sensor package that includes an uncooled thermal imager, a colour CMOS as well as proximity sensors, an innovative tracking system permitting to hit agile targets. All this makes it an ideal weapon in urban scenarios. The FireFly can be used in two modes, autonomous, via way points, or keeping the man in the loop, flying by video using the commands provided on the control unit, allowing to hit beyond-line-of-sight targets as well as targets of opportunity. 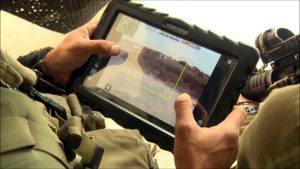 The FireFly can be called back until the last minute if the warhead has not been armed. The loitering munition weighs only 3 kg, the control unit adding 1 kg, the whole system which includes three munitions weighing 15 kg. The operational range is of 1.5 km in open ground and 500 meters in urban scenarios, the FireFly being able to manoeuvre at speeds up to 60 km/h, while  the dive speed towards the target reaches 70 km/h, wind limit for operating the system being 36 km/h. According to Rafael there is already an undisclosed customer that has ordered a four-digit quantity of the FireFly, the system being currently considered at TRL7, the company being in the last phase of full scale development. 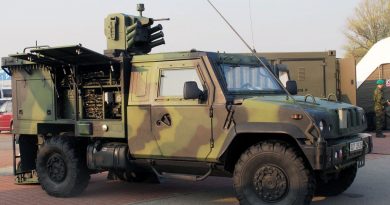