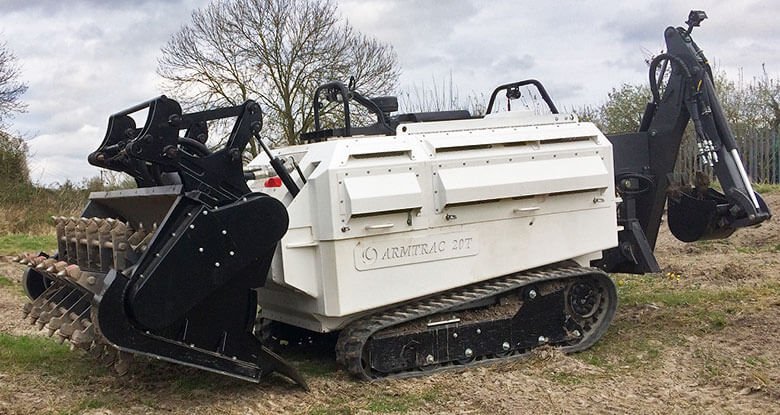 The UK-based demining equipment manufacturer Armtrac Ltd is no stranger to Colombia. On display at Expodefensa was the Armtrac 20T C-IED Robot which is a flexible, cost effective, remote controlled Small (Heavy) unmanned ground vehicle (UGV). It can be fitted with a variety of toolkits including a demining flail or tiller and at the same time a rear robotic arm equipped with different attachments. In C-IED operations, a detector system can be mounted on the front and an IED disruptor can be fitted on the rear robotic arm. It has a 74 hp diesel water cooled Kohler engine which can operate for several hours continuously without refuelling. All hydraulic hoses and couplings are internationally common.

The 20T Mk2 has heavy duty rubber tracks producing a ground bearing pressure of less than 0.35 kg/cm2 but can be fitted with wider tracks for softer terrain. It is very employable in challenging terrain where larger machines cannot access because it is small, manoeuvrable and can climb, descend and traverse 45° slopes and deep gullies due to its low centre of gravity and power.

The UGV weighs 1,840 Kg and is operated using a control station which transmits operator demands to the vehicle and facilitates operation of the UGV by displaying key vehicle data such as RPM, vehicle speed, temperature and fuel level. The 20T Mk2 can be fitted with digital video feedback from up to four on board HD cameras; one forward, one at the rear and the other two on the Robotic Arm and Manipulator system to aid detailed remote investigation. The video system utilises the latest technologies to create a very high speed, closed and restricted long range WiFi network, through which the cameras communicate streamed video to the operator displayed on a ruggedised notebook.

This programme has come to an end but in January 2020 Armtrac will take part in US-sponsored trials of clearing cocaine growing fields and demining the exposed explosives. The Colombia Army has suffered a number of casualties from explosive buried under the coca plants  when being clear by soldiers on foot.

Armtrac claims that these casualties can be avoided by using the A20T Mk2 UGVs which can clear both the coca plants and any hidden explosives. 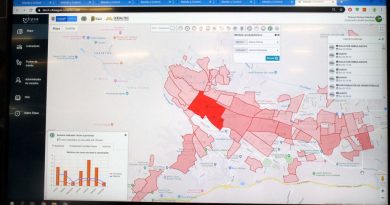 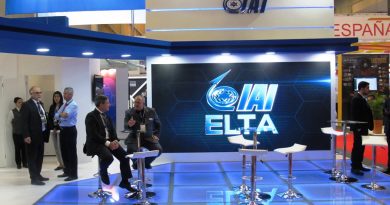 03/12/2019 Paolo Valpolini Comments Off on Latin America: the IAI view 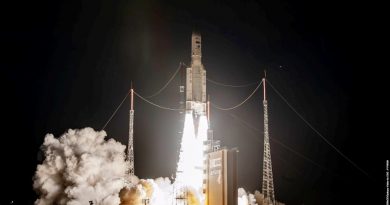