The first speaker in the row was Jussi Halmetoja who is currently the company Operations Advisor, Analyst, Air Domain. A Swedish fighter pilot, he logged over 2,300 flight hours, part of them as test pilot, and ended his military career at the Swedish Defence Materiel Administration (FMV) as responsible for Gripen E requirements and head of air-to-air missiles programmes, he joined Saab in 2019.

“Foreseeable threats give us a very rigid set of requirement that we have to work on,” Jussi Halmetoja states in his opening remarks, considering SU-57 and SU-75, as well as hypersonic cruise missiles and long range ground-based air defence missiles as the threats the Gripen E will face in the coming years. Compared to its predecessor, the Gripen C/D, the “Echo” model looks pretty similar from the outside. “As warfighters the most significant differences are the reinforced structure, which means we can carry 30% more internal fuel and fly at full-g and full angle-of-attack even at full load,” something quite unique in the fighters scenario according to the former Viggen and Gripen pilot. The new engine, the GE 414 that replaces the GE 404, gives 25-30% extra thrust, which is just short of 100 kN, providing increased acceleration performances, especially at lower flight levels. On the lethality side, the increased number of hardpoints allows carrying seven long-range missiles and two short-range ones, which means four more long-range missiles compared to the Gripen E predecessor. These extra performances do not change the capability of quick turn-around in dispersed areas; the typical Swedish Air Force team being made of four conscripts and one officer; compared to the Gripen D the extra fuel and missiles increased the average turn-around time from 10 to 15 minutes,

“Survivability, lethality, flexibility, availability, training and affordability,” are the key areas that were taken into account while designing the Gripen E, according to Jussi Halmetoja. “All starts with situational awareness,” he says, underlining that the “Echo” is fitted with two main sensors, one active/passive, Leonardo’s Raven ES-05 AESA radar, and one fully passive, the Skyward-G IRST (Infrared Search and Track) from the same company. Both are mainly used in the air-to-air role but can also support air-to-ground operations.

Electronic Warfare systems protect the Gripen E all round, the two wingtip pods being the main active/passive elements. “Autonomous and collaborative cooperation within Gripen tactical air units is also going to be key, as well as that with allied forces, passive sensing providing high resolution, high quality situational awareness,” Jussi Halmetoja adds, data being shared among aircraft, the recent ordering of the Globaleye by Sweden multiplies by 10 the low level situational awareness coverage, further increasing the Gripen E capability, as the C2/EW aircraft will also allow Gripens to operate in fully passive mode.

The huge amount of information gathered by the aircraft as well as by external sensors is brought to the pilot through the Wide Area Display. “In the Gripen E we created some Artificial Intelligence-based algorithms to assist the pilot in what happens now, but also in what will happen in the next 30-45 seconds. As an example, when dealing with a missile engagement against a target, the aircraft will tell the pilot what is the optimum flight path trajectory in order to optimise kinematics against the target. Not only, it will also tell him what happens should the target manoeuvre, and how this will affect my probability of kill. Another example has to do with survivability; here the aircraft will tell the pilot where is the enemy missile at the current point, and what is the most sensible way to evade it. This saves a lot of energy allowing the pilot to concentrate on other tactical aspects,” the former Gripen pilot explains. The system also shows the pilot the reliability of the track, so at every given moment he gets a quality index of every single track that is shown on the display, giving thus a quality index of the situational awareness.

In air-to-ground missions visual or thermal images are shown on the display together with the map in order to allow precise identification and targeting. Full interoperability with the other Swedish services, as well as with allies is a must. “Communications, data-link systems, IFF systems and so on are fully compatible with NATO, US and Western allies, and we are looking at replacing those protocols with those that are in effect now and in the next 20 years,” Jussi Halmetoja states adding the importance of TRANSEC and COMMSEC. “If there is a requirement for SATCOM we can accommodate that as well in the Gripen E,” he says. 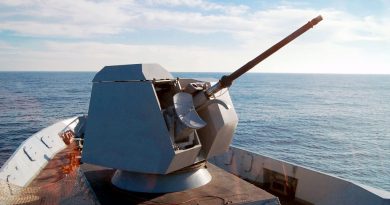 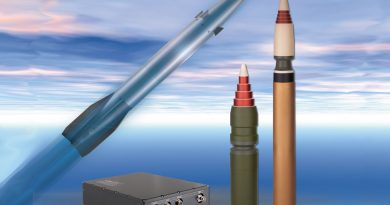