Coming to the programme status, Johan Segertoft said that deliveries really ramped up in 2021 in all different types of products, aircraft, logistic, spares, tools, support systems, the two contracts including all aspects, with 60 aircraft for Sweden and 46 for Brazil under contract.

Last April Brazil stated that it wants to add four more aircraft, and has shown interest to further expand its fleet. “Currently 14 Gripen Es have been delivered, this number including the two nations test assets. They fly at three different sites, the Saab facility in Linköping, the Malmen Air Base belonging to FMV, and at Gavião Peixoto, the Embraer base in Brazil,” he says, adding that around 30 more aircraft are in various stages of production. Stressing the close cooperation with Brazil, he underlined that software, hardware and airframe development is carried out also in the South American country, and that the Brazilian test centre is linked in real time with Linköping, which allows exploiting flight tests results at both facilities.

click on image to enlarge The Brazilians, both industry and Air Force, are working hard to go live at Anápolis, the base that will host the first operational Gripen Es of the Força Aérea Brasileira, where live operational training should start late this year or early next year. No information about the delivery of the first two-seater Gripen F were provided by Saab. For the time being pilots, both Swedish and Brazilian, are being trained at the F7 Air Base in Såtenäs, home of the Skaraborg Wing, while some fly at the Saab air base, and some also in Brazil.

Of course collaboration ends when sensitive military information steps in, therefore in some areas Chinese walls are set. One of those relates to one of the latest development steps, the firing of a Meteor missile at the Vidsel Test Range in northern Sweden, this test having been carried out between May and June 2022.

Looking into the future, there is a huge potential for transformation in this decade in terms of needs, collaboration, development, deliveries, and testing, Saab underlined. “One area is decision support; how do we catch the needs that require machine learning; what we know is that we have a system that would allow machine learning to a higher extent,” Johan Segertoft says, adding that competitors would not be able to run it in accordance to safety critical software.

For the time being he added that “Today we are in the very final activities before applying for the Military Type Certificate, and this will happen very soon.” 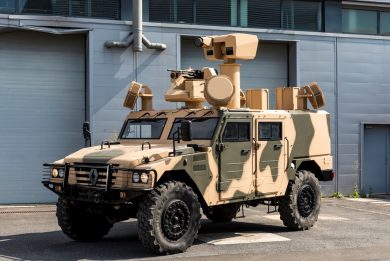 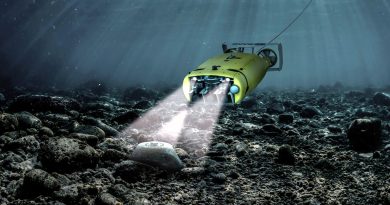 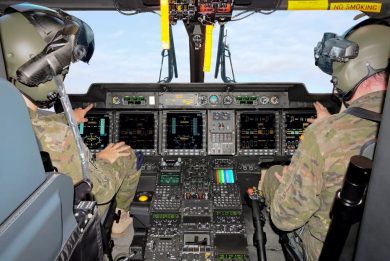