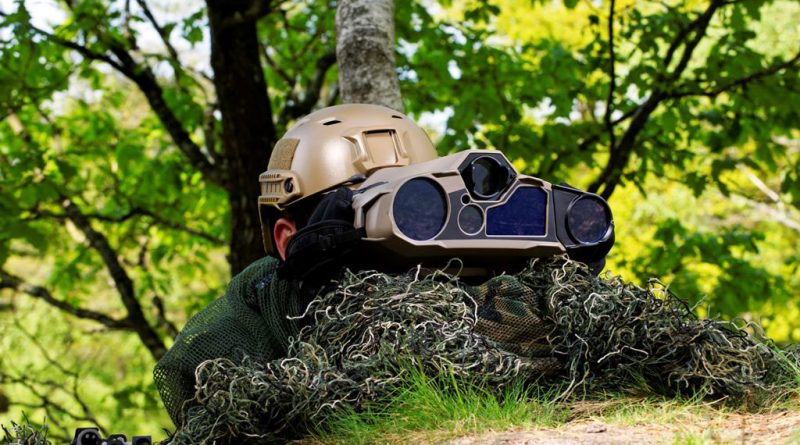 With seven systems already part of the Sophie family of hand-held thermal imagers, Thales added an eight one with the aim of further reducing weight and adding modularity, to obtain a lightweight system that maintains all functionalities of a true target acquisition system.

Knows as Sophie Ultima, it packs four main capabilities in a single system that weighs less than 2.5 kg with the Bren-Tronics rechargeable battery that ensures four hours operational life. 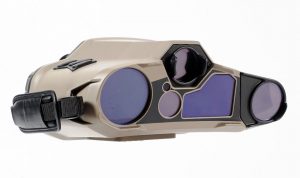 Looking at the binocular-type imager from the front, on the left side we find the cooled thermal imager, operating in the 3-5 µm band, fitted with a continuous optical zoom giving a 3° – 20° field of view, a boost allowing to reach 2° FoV. The IR channel features a 640×512 pixel matrix, cool-down time being of only three minutes. Moving to the right, at the bottom we find the colour day TV channel, which images can be recorded, a small circular window over the TV channel being that of the laser pointer. At the top we find an optic day channel, with a x7 magnification and a FoV of 26°; this 7×35 optic has been added as direct viewing is definitely the best image that can be made available to the operator, as it respects true colours and lighting.

For decamouflaging purposes the image obtained with the glass day channel can be fused with the thermal one, allowing the operator to spot targets which temperature differs from that of the background. Finally, moving further to the right, we find the eyesafe laser rangefinder, with a range of 8 km. According to Thales, range performances of the new Sophie Ultima are the double of those of previous similar systems, i.e. a tank should be identified at 3 km distance while positive ID of a man should happen at 800 meters. The thermal binocular is fitted with a C/A (Coarse Acquisition) GPS and with an NMEA connection to be linked up to other systems. It also contains a digital magnetic compass and is fitted with numerous interfaces, USB2 for image and video download, Bluetooth, WiFi, Ethernet and RS232. Images are recorded on a micro-SD card. The Sophie Ultima provides image stabilisation and features an optimised man-machine interface. The aforementioned weight is valid for the system in this configuration. 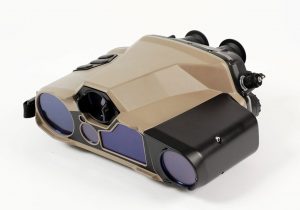 However on the right side, always looking from the front, a module can be attached to add further functionalities; these can be of different types, a SWIR camera, a laser designation module, a celestial north finding for increased accuracy, a TV channel with zoom, an LTE (Long-Term Evolution) communication module, or others, this modularity allowing to adapt the Ultima to the operator mission. The Sophie Ultima is currently in the very last stage of development, Thales planning the delivery of a prototype to the French Direction Générale de l’Armement in early 2019. The Ultima is the high-end product of a new family of Sophie, the next one being known as Sophie Optima; here the TI cooled channel will be replaced by an uncooled 1280 x 1024 microbolometer operating in the 8-12 µm band, with a dual FoV of 10° or 20°. Target weight for this version, which will have reduced performances, a tank will be identified at 1.5 kg, is slightly more than 2 kg. The Sophie Optima should be available in late 2019, early 2020. Thales roadmap includes a third step, which will lead to a mono-function product for observation-only, known as Sophie Proxima, with a target weight of 1 kg, which should become available in 2021-22.