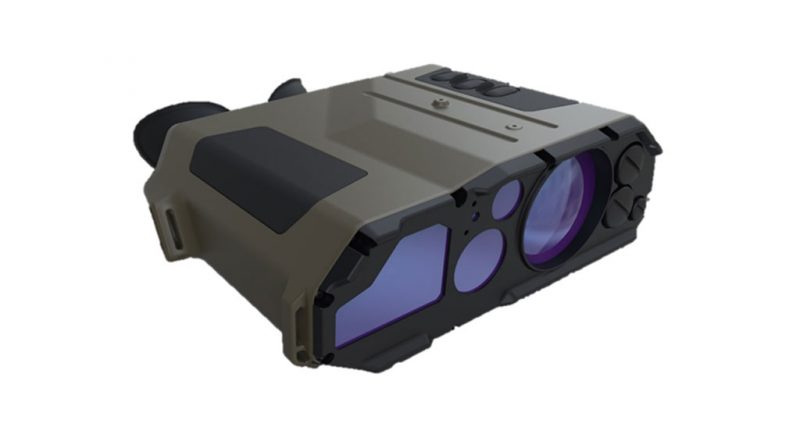 It would have been one of the stars at the Thales chalet at Eurosatory, but considering the cancellation of the Villepinte exhibition the company decided launching it a couple of weeks later. On 23 June a series of webinars dedicated to customers and media were thus organised to introduce the new Optima handheld targeting system, the latest addition to the well known Sophie family of which over 16,000 systems were provided to 55 countries. Ergonomy, SWAP and performances were the main drivers leading to the new members of the Thales targeting binoculars portfolio.

At the core of this innovation we find users, the company having put in the development loop some of its key customers, Pascal Secrétin, head of imagers and sensors for optronics systems at Thales explained.

The Optima concept was already unveiled at Eurosatory 2018, when the star was its cooled counterpart, known as Ultima, a binocular target acquisition system dedicated to specialist personnel, such as JTACs (Joint Terminal Attack Controllers) and artillery observers. This product falls in what Thales defines the eXtended Range segment, XR in short, with a Thermal Imaging (TI) tank recognition range in excess of 6 km. The new Optima is part of the LR (Long Range) segment, and is dedicated to personnel such as platoon leaders, who need roughly half the range, but might be confronted to more sudden threats; affordability and short switch on time are both typical of uncooled sensors compared to cooled ones, the Sophie Optima featuring a 1280×1024 microbolometer operating in the 8-12 µm band. This latest generation sensor provides a huge number of pixels, 1.3 Mp, but features a reduced size thanks to the latest technologies that allowed reducing the pitch to 12 µm from the previous 17 µm. “This is the highest number of pixels currently on the market,” Pierre-Yves Guinet, the Sophie Optima Product Manager explains, “allowing a more efficient image processing.” The high definition IR channel gives a maximum Field of View (FoV) of 22° while previous products usually featured a maximum FoV of 13°, “the wider the maximum FoV, the easier it is to detect a target when carrying our surveillance,” the Optima PM says. The IR channel has a dual FoV, 22° and 10°, an electronic zoom allowing to increase magnification, the minimum FoV being 3°, at which declared performances against a tank are 6 km detection range, 3 km recognition and 1.5 km identification ranges; against a human target these data are respectively 4, 1.5 and 1 km. The close connection to the Ultima comes when examining the day channel: here Thales adopted what is still considered the best option for detecting a target in daytime, a Direct View Optic (DVO), that of the Optima having the same characteristics of the one adopted on the Ultima, the glass day channel being based on a 7×35 optic with a 6° FoV, which can see a tank at 7 km distance compared to the 2 km distance obtained with a TV sensor. This of course comes to a price in terms of weight and volume, however the company considered that here performance was higher value than SWAP. According to data provided by Thales, against tanks D/R/I ranges are respectively 10, 7 and 4 km, and against human targets 7, 4 and 2 km. The Sophie Optima also includes a TV colour channel, allowing the recording and transmission of daytime images. Provided with image stabilisation, autofocus and super-resolution, the Optima is fitted with multimode image fusion mode, and images can be safely stored on a µSD memory card.

Considering the range, the Laser Rangefinder reaches a target at 5 km distance (that of the Ultima has an 8 km range), the Optima being also fitted with a Digital Magnetic Compass and with an embedded C/A GPS, an external NMEA connection being also available, the Optima being GPS P/Y friendly thus capable to be interfaced with GPSDAGR/PLGR. As add-on options Thales proposes a near-IR Laser Pointer as well as Seespot and Seepointer.

The users interface has been kept pretty similar to that of the Ultima, the human-machine interface having been designed together with the users. Two years ago Thales announced that the Optima should have been available in early 2020: “We had to redesign it,” Pascal Secrétin explains, “as the users asked us to reduce its dimensions, and it took us one year to come to the current size which is 20% less than the original volume.”

The new product is inherently designed to be used in collaborative combat, which is the mantra of the French Army Scorpion programme, the Optima adopting an Ethernet 1000 STANAG 4609 NATO digital motion imagery standard and being ready for augmented reality insertions, while it is also fitted with USB2, Wi-Fi and Bluetooth, the RS232 port being used for maintenance purposes. Its networking capabilities make it however a potential victim of cyber attacks. To this end Thales adopted four different protection systems. The first is an access code, allowing only the user to operate the system. The second feature is based on the authentication of shared data; i.e. if one receives an image that has been captured by the enemy and modified to trick the friendly operator, the system will detect the manipulation and send a warning. Third, a user “safe” is embedded in the Optima, making it impossible to steel pictures or coordinates. Finally, each time the system is turned on, an integrity check is run making sure that nobody tried to modify the software.

All what was described earlier comes at a total weight of less than 2.5 kg including batteries, the Sophie Optima providing increased performances in terms of daylight range, wide FoV and cyber protection compared to the systems of the same category which weight falls between 2 and 4 kg.

Company tests should be concluded by year-end, first deliveries being expected in early 2021. Beside the product itself, Thales also briefed the media on after-sales service: Rémi de Besombes, the Services Marketing Manager, explained the company offer, that includes various options, from on-demand case-by-case solutions to multi-year schemes, the latter based i.e. on repair time. He also highlighted the availability of mobile test benches that can be deployed in theatres of operation, allowing on-site maintenance. 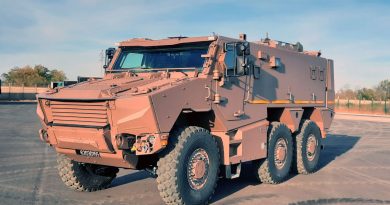 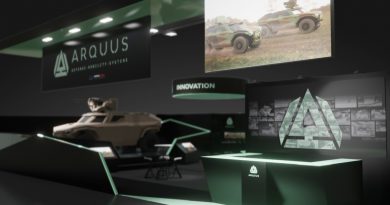 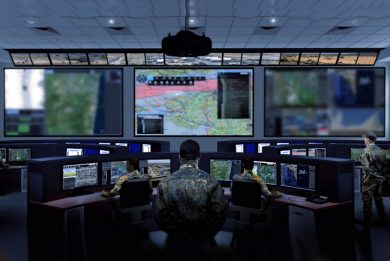