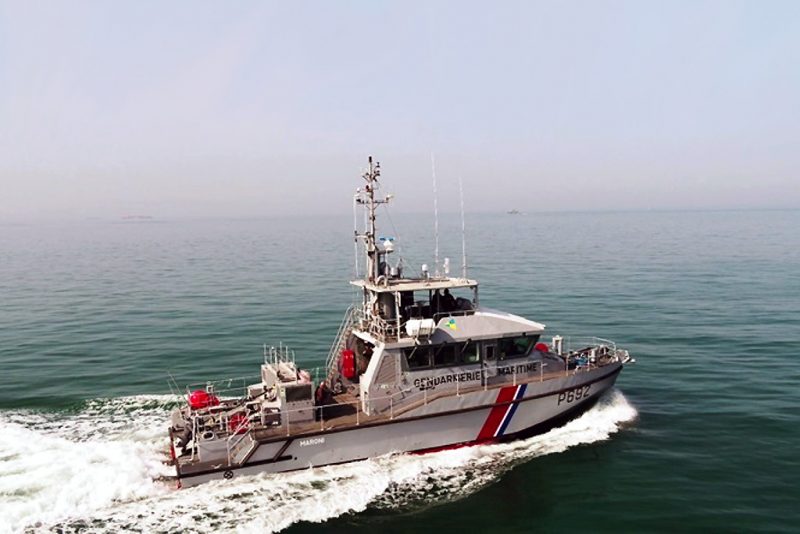 On April 20 and 25, 2022, the General Armaments Directorate (DGA) took delivery of the Maroni and the Oyapock, the first of the three new generation maritime surveillance coastal patrol boats (Maroni-class) ordered in January 2020 from the Socarenam shipyard.

These new ships will succeed the Athos and Aramis gendarmerie coastal patrol boats, which entered service in the early 1980s. They will renew and modernize the means allocated to the surveillance of French coastal maritime areas, as provided for in the Military Programming Law 2019-2025.

After their qualification by the DGA, the new generation coastal maritime surveillance boats (VCSM NG, Vedettes Côtières de Surveillance Maritime Nouvelle Génération) Maroni and Oyapock joined the fleet of the Maritime Gendarmerie in Cherbourg (Manche) and Dunkirk (North) respectively. The last unit, the Aber Ildut, is already being qualified by the DGA and will be delivered to the French Navy in the coming weeks. She will be based in Boulogne-sur-Mer (Pas-de-Calais).

The VCSM NG complete the fleet of 24 patrol boats (Elorn-class) currently used by the Maritime Gendarmerie and entered service in the early 2000s. They will carry out various missions: general police at sea, maritime defense of the territory, fight against traffic or pollution, or even safeguarding life at sea.

These three VCSM are equipped with a fast boat launched by a ramp at the rear of the boat and capable of reaching a speed of 32 knots. They have an exterior driving position that can be armed with two 7.62 mm caliber machine guns. The installation on board of a fixed optronic system increases their surveillance and identification capabilities, night and day.

They have a complement of eight gendarmes. They feature a particularly quiet wheelhouse, an effort has been made more generally on habitability.

Because of their participation in the fisheries police mission, their financing is partly provided by European funds 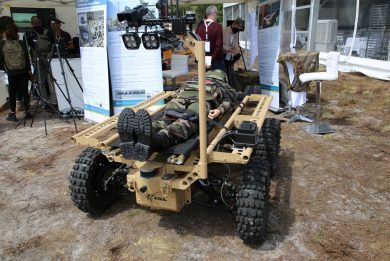 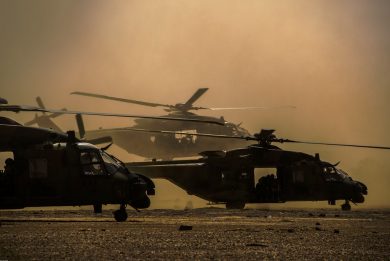 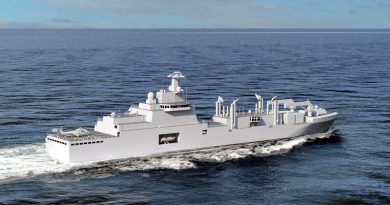