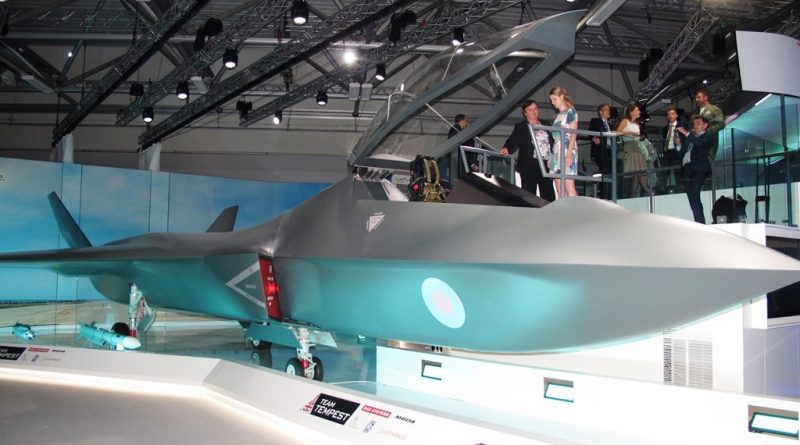 The recent signature of a Letter of Intent by Paris and Berlin to jointly develop the Future Combat Air System (FCAS), unveiled during the ILA exhibition last May, is yet another evidence of the pivotal role France and Germany play on the European Defense scene. This project that will be led by Airbus Group and Dassault Aviation was already announced in 2017 and is set to see the light in 2040, progressively replacing the Rafale and the Eurofighter for both countries.

Since the UK slammed the door of Europe with the BREXIT, the French-German defense cooperation has flourished on the industrial level, even though the two countries don’t always share similar strategic views.

Therefore, this project, along with the Main Ground Combat System (MGCS), is a serious step forward towards the consolidation of a European industrial base. It could potentially extend to Spain, which will soon have to replace its old Hornet Jet Fighters (and on a longer term its Eurofighters), or to Sweden, which could look for an alternative to its own Gripen jets.

However, rough competition among European nations is not new and the response was quick to pop-up.

The UK, fearing to be shunned by its former European partners, announced during the Farnborough Airshow the launching of its own fighter jet project, the “Tempest”, developed by BAE Systems, the Italian Leonardo (for the electronic and avionic parts), Rolls Royce for the engines and MBDA for the weapon systems.

“Tempest” will replace the Royal Air Force’s Eurofighter Typhoons and might be also purchased by the Italian Air Force.

This declaration is a serious blow to the French-German project and is a blatant way for the British neighbors to show that despite the Brexit, they are still fully capable of developing projects in Europe, involving European companies. 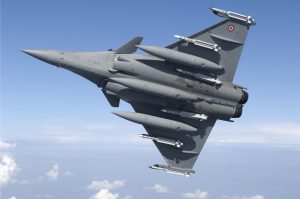 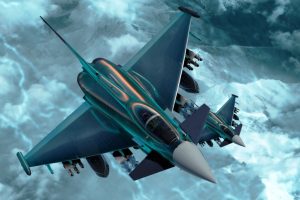 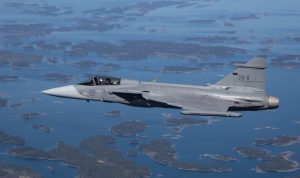 It isn’t the first time that European Nations compete against each other on the industrial level, notably in the Aeronautic sector.  Currently, three European Jet fighter planes are competitive in the international Market: the French Rafale, the European Eurofighter Typhoon, and the Swedish JAS-39 Gripen.

The recent developments do not predict any improvement, and threaten the unity of the European Defense Technological and Industrial Base. It would also represent a significant economic loss, as any other duplicated program would, in a continent where Economies of Scale would consolidate the Union both financially and politically and allow it to weigh as a superpower on the industrial level.

If change is not occurring on the private industrial level, we can hope, however, it would arise from the political sphere without sounding too cynical.

The continuous attacks by US president Donald Trump against Europe’s Security and Defense policies (especially with members of NATO), his political disputes with Russia and the economic war he is waging against China are progressively isolating the US and might actually – if played intelligently- pave a way for a more integrated European cooperation.

Not surprisingly, the idea of placing the European Union’s affairs as a top priority is becoming more popular among its state members rhetoric given the context.

However, this breath of fresh air must not remain temporary. What is expected now is to act. European politicians need to address the issue seriously and consistently support common industrial policies and military capacity cooperation. At some point, Europe should be able to have its own production and army, capable of projecting itself and take efficient measures to prevent any threat to peace and international law in accordance with the UN rules.

If we are serious about building a common Defense ground, we should start by establishing a solid and active supranational organization within the European Union that sets the standards for such cooperation and sanctions state members who do not produce European, buy European and collaborate in a way that serves the interests of Europe.

This is not a call for isolationism, neither it is an empty “Europe first” slogan worthy of Donald Trump.

Seclusion is not part of the History of Europe and does not correspond to its values. Europeans are stronger working with other nations and opening up to opportunities with those who share the same goals. Rather, this is a key moment to seize a geopolitical context and turn it in an opportunity to consolidate our power as Europeans, and precisely head towards a more accurate and credible cooperation with our allies. Europe must be a voice to be heard and an alternative to the political radical forces that are currently playing on the international scene.

Reducing industrial duplication, taming the multiple voices and disagreements, focusing on what we collectively need instead of what we individually want, to sum up, converging and compacting, is the only chance for us to move forward.