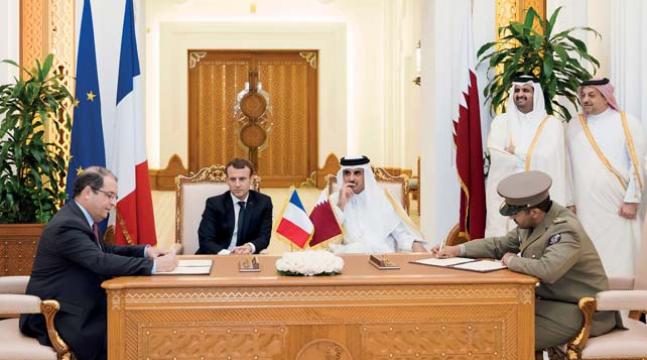 Nexter Group announces the success of the new VBCI evaluation campaign by Qatari forces. It has demonstrated once again all the performances of the vehicle. The shots, carried out in different weapon system configurations, highlighted the performances and ergonomic qualities of the 40mm turret equipped with the 40CTA telescopic gun. This is another important step towards signing the contract for the supply of VBCI combat platforms in Qatar.

This campaign began a few days before the signing, December 7th, of the letter of intent for the acquisition of 490 VBCI. In the presence of Emmanuel Macron, President of the French Republic and Sheikh Tamim bin Hamad Al-Thani, Emir of Qatar, as well as the French Minister of Europe and Foreign Affairs and the French Minister of Armies, alongside their Qataris counterparts, Nasser Hassan AL-Noaimi, Chief of Investment Office at the Qatari Ministry of Defense, and Stéphane Mayer, Chairman and CEO, have indeed co-signed this letter which marks the choice of Qatar in favor of Nexter for its Armored Infantry Combat 8×8 Vehicle program.

This signature is an export recognition of Nexter Group’s know-how and quality of products and represents a major step forward in our commercial action witch begun several years ago with a target date of 2018.

Stéphane Mayer, Chairman and CEO of Nexter, said he was “proud of the confidence of the Qatari armed forces and committed, as well as the entire Group, to finalize the contract in the near future.”