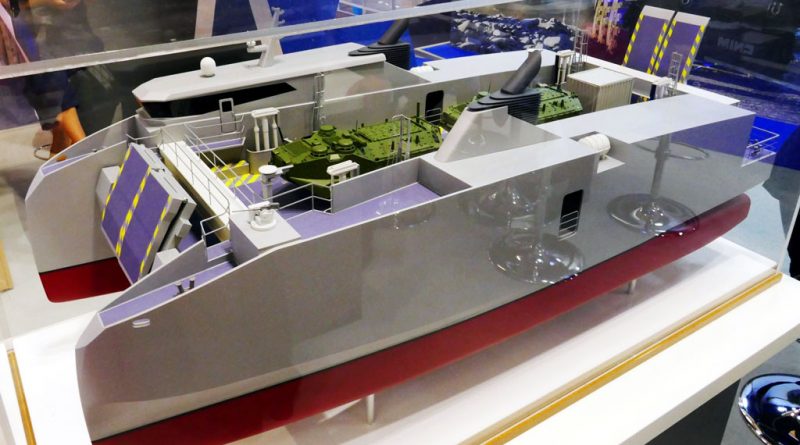 The French engineering group CNIM has widened its products portfolio of rapid landing and intra-theater transport platforms, presenting the Landing Craft Assault (LCA) and Landing Craft multi-missions (LCX) platforms in addition to the L-CAT shore-to-shore landing catamaran. An enhanced version, based on customer feedbacks, of the L-CAT first launched at Euronaval 2016, the new shore-to-shore variant can transport 80 tonnes at 25 knots (max 100 tonnes) up to Sea State 6 with a draft of 1 meter at full load, while accommodating 44 passengers. The CNIM’s baseline L-CAT is a variable-draught aluminum hull vessel concept that offers the flexibility to raise the transport platform when the catamaran is in transit and lower it when the beach or the pier is approached in order to embark or disembark vehicles and personnel. The ship-to-shore variant is already in service with French (since 2011) and Egyptian (since 2016) navies respectively in four and two L-CAT.

The shore-to-shore variant has been developed to offer a platform flexibility to conduct both amphibious as well as logistics and humanitarian relief operations, without compromising speed and payload capabilities. With a 145 m2 transport platform capable to accommodate up to 100 tonnes and an endurance of 800 nautical miles in loaded configuration, the shore-to-shore variant has been developed for fast inter-theater operations and environments where there is little or no port infrastructures, or areas with many islands that need to be rapidly reached with heavy vehicles, materiel and personnel. Targeted market regions include Southeast Asia and the Middle East. With a length and beam of respectively 36 and 14 meters, the shore-to-shore variant has navigation, communications and self-protection equipment including two 20 mm guns and can reach respectively 25 and 35 knots with and without payload. Based on operational requirements, CNIM has developed equipment packages to launch and recovery RHIBs, wire-guided robots for beach reconnaissance and a ship-conducting simulator to ensure successful docking and beaching operations. 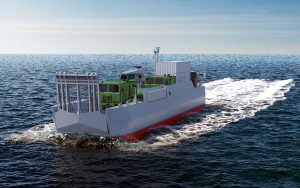 Based on a decade of amphibious operations experience, CNIM has developed a new generation of rapid landing and support crafts based on the Landing Craft Assault (LCA) and Landing Craft multi-missions (LCX) platform designs. Adaptable to any type of amphibious ship, NATO or Makassar-class LPD type, the LCA has been designed as a roll-on roll-off 23-to-29 meters long and 6.4 meters large landing craft with a 1.3 meters draught, capable to be operated side-by-side in a ship landing dock. The 29 meters variant is capable to transport a normal 65-tonnes or maximum 80-tonnes payload on a transport deck of 21×4.5 meters at respectively a light ship speed of 18 knots and a full load maximum speed of 13 knots. With a crew of 4 and an armament of up to three 12.7 mm machine guns, the LCA has an endurance of 300 nautical miles. 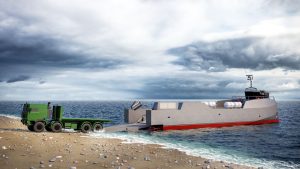 The LCX is a multipurpose rapid landing craft that differs from the LCA for featuring a ship-like closed bow and a rear-only landing ramp with a bow-mounted 360° command bridge. In addition to its main missions related to amphibious warfare operations thanks to the rear ramp, transport deck and high maneuverability allowing the platform to turn 360° and reach the beach with the stern area, the conventional bow allows it to operate at high speed and accomplish other missions including antisubmarine and mine-countermeasures warfare, reconnaissance and logistic support. With a length and beam of respectively 29.5 and 6.4 meters and a draft of 1.3 meters, the LCA has an 18 x 4.5 meters (95 m2) transport deck capable to accommodate a 65-tonnes (40-tonnes in normal situations) payload with speed up to 20 knots or reaching up to 35 knots in light ship conditions. Armed with two 20-mm guns and a crew of 4, the LCA can operate up to Sea State 5 and has an endurance of 500 nautical miles.