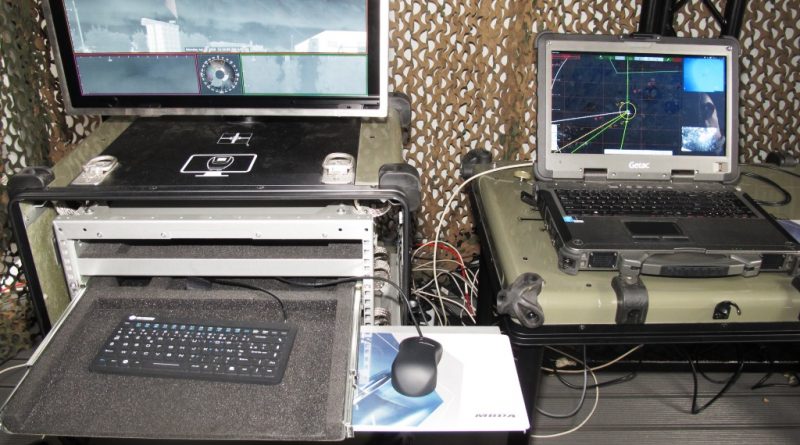 Unveiled at Eurosatory 2016, MBDA’s Licorne lightweight VSHORAD command and control system added a further capability in terms of anti-drone assets. Derived from in-service I-MCP and PCP systems family, using the same software components, architecture and Human Machine Interfaces, it can be easy deployed under a single tent, its components traveling in high strength boxes that double as desks once laptop computers, screens and communication equipment have been put into use, deployment taking less than one hour. The Licorne is fully integrated into the network thanks to the full suite of communications equipment ranging from UHF and VHF radios to Link 11 and Link 16, and is typically proposed to light infantry units such as amphibious, airborne and mountain infantry.

In case of an amphibious landing the Licorne might be integrated with the ship air surveillance assets that would integrate the system shorter range sensors, such as passive infrared, lightweight radars or ESM and acoustic assets, the C2 system providing multi-sensor data fusion, real time ranging functions, processing of the air picture and kill assessment. At Eurosatory one of the sensors was HGH Spinel IRST, which was installed nearby the tent in an elevated position, providing 360° coverage, a Cerbair radio frequency detection unit allowing to intercept mini-drone data link transmissions. As for effectors, the system was linked to a network of field-deployed jammers developed by KEAS. The Licorne requires two people to transport, install and operate the command post, a supervisor and a gunner, the system being currently under evaluation by the French Army to provide its light and rapid deployment forces with a C2 asset that can be transported into helicopters, on board landing vehicles, or even airdropped. Licorne is now the first C2 system capable of incorporating anti-drone resources alongside traditional air defence assets, such as gun and missile systems.