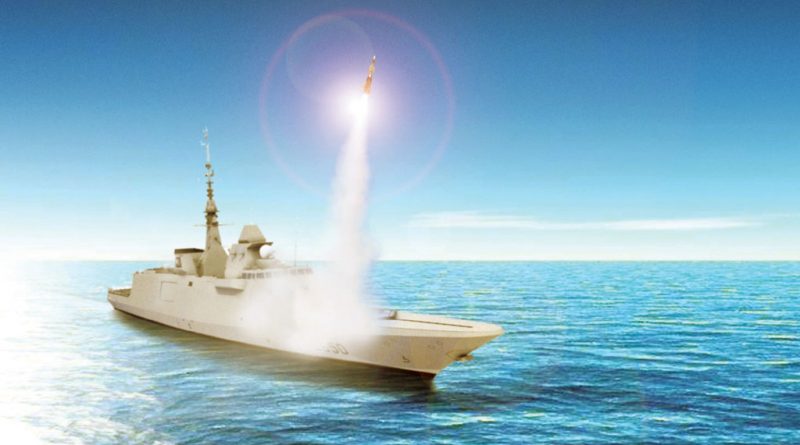 “The new generation firing installation being developed by MBDA for the French DGA, to be installed initially on the Frégate de Défense et d’Intervention (FDI) under construction for the French Navy, is being promoted as the standard outfitting for both future domestic and international shipbuilding and in-service platform upgrading programmes”, Stefano Bertuzzi, MBDA’s head of Naval Systems export sale, told EDR On-Line.

Under a contract notified on October 2017 by the French DGA within the scope of the design, shipbuilding and delivery programme for the new generation FDI frigate, MBDA is developing a new generation reconfigurable firing installation or Installation de Tir Reconfigurable (ITR), which will operate all missile weapon systems provided by the same Group and installed on board. The new FDI for the Marine Nationale will be armed with two 4-munition launchers for MM40 Exocet Block 3/Block 3c anti-ship and two 8-cell Naval Group A50 VLS for Aster 30 air defence missiles. However, the FDI as well as the export design called Belh@rra has been conceived to accommodate up to 32 vertical launch systems (VLS) including both A50 and longer A70 Sylver 8-cell VLS modules capable to launch both the Aster family munition as well as MBDA Naval Cruise Missile (MdCN) and future weapon systems.

“The new generation ITR has been conceived to reduce the number and type of boxes and interfaces required for each different MBDA weapon system installed on board today, using a single interface architecture and common identical boxes. The ITR will offer a new level of commonality, modularity, versality and redundancy, in addition to enhanced performances, as well as being capable to manage next generation missile weapon systems”, said Bertuzzi adding that the ITR will be state-of-the-art in term of cybersecurity as well as in the application of new technologies.

“The first series production systems will be available in 2021 to be delivered for the French DGA FDI programme”, he highlighted, as the system has been designed to interface with current and new weapon and combat systems, being the standard MBDA equipment for the next 20-30 years.

“With the new ITR, there will be only a single interface architecture which will manage all MBDA weapon systems installed. The ITR architecture has been developed following an independent ring concept, where each weapon system firing module is connected to the command and control box called C2Box, where the system intelligence is resident providing the main interface with the command management system (CMS) as well as the navigation suite”, the MBDA representative told us. Each weapon is connected through a ring acting as a virtual local area network (VLAN) where objects can be inserted providing a flexible, evolutionary, reconfigurable and robust architecture. The ‘smart’ C2Box is the suite’s reconfigurable element due to the software module which is being loaded at MBDA facilities according to the specific weapon systems selected to be installed on the naval platform.

“Thanks to this architecture, the new ITR is capable to accommodate several MBDA missile systems installed on-board. Each weapon system VLAN ring accommodates the sequencer box for the firing sequence management (SEQBox) and the single ammunition interface called subscriber identity module box (SIMBox). The command and control box (C2Box) is interfaced with the command management system (CMS) local area network, as well as the combat operation centre (COC) and the main bridge, the latter respectively with the remote control panels (RCPs) and the bridge veto control (BVC) panels. All these boxes are common to all weapon systems”, Bertuzzi explained, without providing details on the number of weapon systems capable to be installed.    To be applied as first platform to the FDI, which first-of-class will be delivered at the end of 2023, “The ITR under development for the FDI features a dual C2Box configuration, offering enhanced redundancy and survivability in case of malfunction or damage situations. The FDI ITR will manage only the Aster and Exocet families of missiles at this stage, but other weapon systems can be added. The ITR is already offered for new shipbuilding as well as upgrades on the domestic and international markets, with additional weapon systems to be added on request, such as for the Greek Navy in the form of the MdCN for the FDI export design or the VL MICA for the Gowind corvettes, or on other platforms whether for new built or refit”, Bertuzzi said. 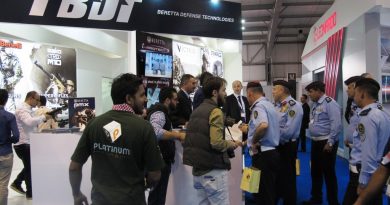 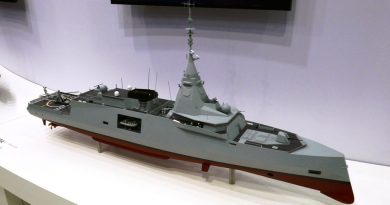