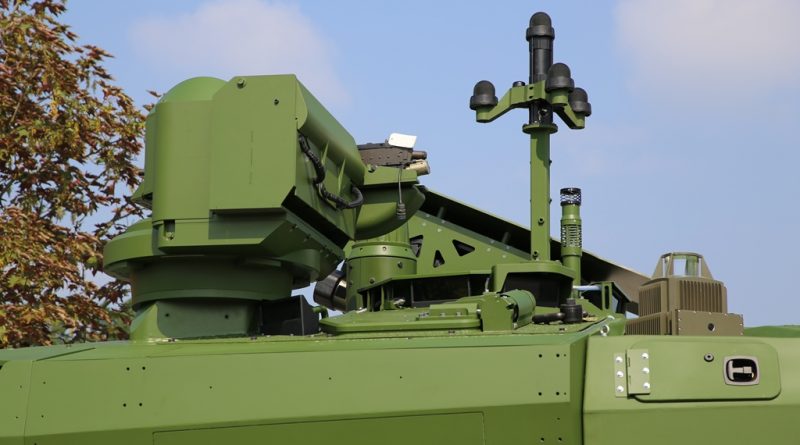 Metravib Defence, a subsidiary of the ACOEM Group, is specialised in acoustic situational awareness systems designed to protect people, vehicles and infrastructures from ballistic threats. The company is a long time exhibitor at Eurosatory, since it started developing its PILAR in the 1990s, based on lessons learned in Sarajevo during the operations in former-Yugoslavia.

“The Pilar system, which has now reached the fifth generation, remains our core product,” Frédéric Molliex, Metravib Defence General Manager, tells EDR On-Line, underlining that “the company has evolved from a manufacturer of sensor systems into an expert in data fusion processes,” the latter role having been considerably enhanced thanks to the participation of Metravib Defence to the Scorpion programme, which is defining the future of the French Army manoeuvre force.

The Scorpion Team, thus also Metravib Defence, was recently awarded the UAF (Utilisé par les Armées Françaises, employed by French Armed Forces) label by the French Ministry of the Armed Forces, for having delivered on time and with the required performances the first 96 Griffon 6×6 troop transport vehicles. “We are partners of the three major OEMs in that programme, and we not only provide the sensors subsystems but we also carry on all the required adaptations to fit them to the Griffon troop transport vehicle as well as to the Jaguar, the 6×6 reconnaissance vehicle also part of the Scorpion programme,” Frédéric Molliex says.

Fully combat proven, the Pilar V (for vehicle) provides a ± 2° accuracy in azimuth and ± 3° in elevation, with a 10% approximation in range, and in its various versions has been integrated along the years in over 50 different vehicle types and fitted on more than 15 remotely controlled weapon stations. Metravib Defence is currently involved with numerous OEMs such as Nexter, Arquus, Kongsberg, Rheinmetall Canada, Reutech, FN Herstal and Escribano, the latter in view of the Pilar V integration into the Spanish Army future VCR 8×8 Dragón. “The Pilar V is also being exploited as sensor for vehicle soft-kill protection systems, Metravib being i.e. involved in a programme together with Lacroix, the producer of the well known Galix system,” Frédéric Molliex explains. Here the sensor system feeds the threat data into the grenade launcher electronic control system ensuring that only those grenades providing the screening in the threat sector are launched, thus allowing a reduction in munition consumption, hence a greater number of operations before reloading. Concepts of use are being developed in order to further optimise those solutions, the use of the Pilar V for such type of applications having increased in recent times according to Metravib Defence. “Other new potential markets are opening up,” Frédéric Molliex tells us, “requests for the Pilar V having been filed also from naval units, mostly riverine.”

Certified in the previous decade by the US SOCOM as gunshot detection system, the Pilar has now been selected by General Dynamics for its Mobile Protected System solution, the company proposal for the new US Army light tank that sees GD fighting with BAE Systems for that contract. “The Pilar V is continuously evolving, as our company is updating the threat data base to allow the system coping with new types of ammunition and weapons,” Metravib’s Defence General Manager explains. Exploiting artificial intelligence and neuron networks Metravib Defence is developing algorithms which are more and more effective and reactive to new threats that the end-users are facing on the battlefield.

Looking ahead, two main streams of development are being followed by Metravib Defence: collaborative combat and miniaturisation. The former is inherent to the French Scorpion, the cooperation between the vehicles being one of the founding pillars of the programme, thus the Pilar is becoming part of a network of sensors providing increased situational awareness and reaction capabilities to the combat group. One of the capability needs is to operate in team with the forward observer drone, this flying automatically to the area identified by the Pilar as the source of the incoming fire, in order to become a combat multiplier by sharing the video images of the potential threats. Networking will become quite probably a standard issue, not only among Pilar sensors but also considering other categories of sensors, and also looking at miniaturisation.

The latter move will bring to a new microphones distribution, that will not have the typical four-microphone array of the Pilar V but will be based on smaller conformal microphones embedded into the vehicle itself; a first example was shown in a military police-oriented solution, where the microphones were embedded into the car lighting system.

Such miniaturisation might apply also to the military world, as the current Pilar V architecture does not fit well into stealth vehicles as well as in smaller platforms, such as unmanned ground vehicles (UGVs).

While smaller microphones might not have the same sensitivity of those adopted in the standard Pilar, deploying more sensors at greater distances, in example on board UGVs operating in swarm, might well compensate for reduced acoustic performances, providing in the end similar accuracy. Metravib Defence is continuing its efforts on collaborative data fusion and is developing new algorithms modules.

Such solutions might well bring to a further SWaP-C operation on the company soldier system, the PEARL (Personal Equipment Add-on for Reactive Localisation). A fully autonomous system capable to identify the fire location with an accuracy of ± 7.5° in azimuth and elevation, it comes at a weight cost of less than 400 grams. The Pearl has been provided to Middle East and Asia-Pacific customers. “Born as a soldier system, potential customers asked for its adaptation to different uses, such as its integration with target locating binoculars, mini-UGVs, mini-UAVs and small RCWS,” Frédéric Molliex adds. Eurosatory 2020 would have marked the unveiling of a new Bluetooth interface, designed to improve the Pearl flexibility and interoperability, allowing a much easier interfacing with other Bluetooth-capable systems. The interface is currently being tested to allow the PEARL to digitally communicate data to soldiers and their systems, and to be interfaced with an integrated dismounted situational awareness and mission command system to provide real time data to higher echelons command posts, enabling faster and more accurate decision-making in tactical operations.

The interest of the French Army for this system might well be extended to the future infantry system that will allow its soldiers to be fully integrated into the Scorpion network, thus Metravib Defence is closely looking at the requirements issued by the French AID (Agence de l’Innovation de Défense, Defence Innovation Agency) as fire location is concerned.

“Last but not least I would like to highlight two versions of our Pilar that we still consider key elements in our business,” Metravib Defence General Manager tells us. “The first one is the static version, which in the past represented a considerable share of our business, and which market is still there,” he underlines. The Pilar Ground Version is used to protect military camps and forward operating bases; they can be networked either via radiofrequency or via cable, deployed at distances depending on the area to protect, and can connect around 20 sensors at a time. When used together with the Metravib Pivot observation turret, fitted with day/night sensors, the latter is automatically cued towards the threat direction immediately after the shot. “The second version is that dedicated to helicopters, these aircraft being pretty vulnerable to small arms and RPG fire; here we are cooperating with major companies involved in laser, missile and radar warning systems in order to complement them with a sensor in the acoustic spectrum,” Frédéric Molliex explains, adding that “we are currently working on interfacing our system with infrared sensors, the aim being to give a fast alert, to identify the calibre of the threats and to eliminate potential false alarms detection by the IR solution.”

Over 25 years after the casualties suffered in Sarajevo by the French Army due to sniper fire, acoustic shot detection systems have well evolved for an enhanced situational awareness and for a greater force protection, and Metravib Defence remains among the leaders in that field. 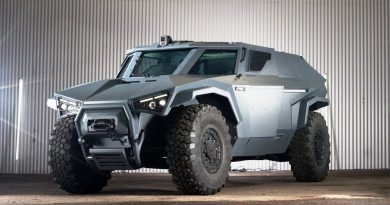 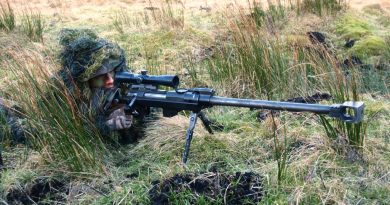