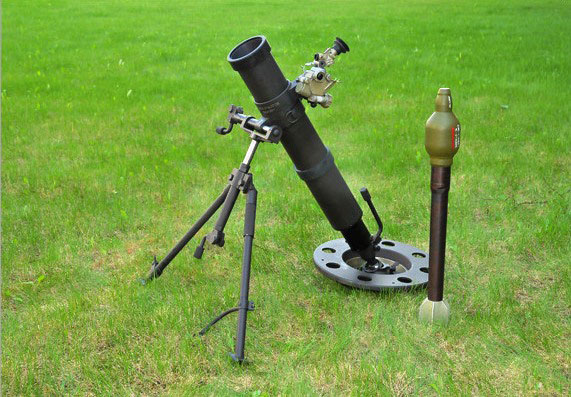 While increasing the firepower of its long-range artillery, the Russian Army is not neglecting the “infantryman artillery”, that is mortars. Two new systems of that category were exhibited in the Uralvagonzavod stand, both in the 82 mm calibre, the mortars being developed by the Burevestnik Institute.

The first was the 82 mm 2B24 mortar, lighter than existing ones, and aimed at mountain and airborne troops. Its total weight is of 45 kg, its elements being carried in two separate backpacks allowing two soldiers to carry it. The overall crew is made of five soldiers, the other three carrying ammunition. The 2B24 can be readied in less than 30 seconds and fire at a rate of 20 rounds per minute; its standard ammunition is the 3VO36 HE round, other explosive, smoke and illuminating rounds being available. 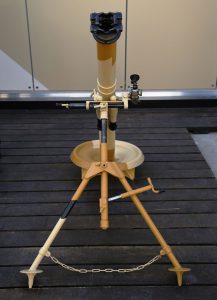 The second mortar on show was the 2B25, a peculiar system as it has a very short barrel, its most interesting characteristic being that it is very silent, the company defining the sound as “that of a silenced rifle,” no smoke or flash being generated. It can be readied in less than 30 seconds and its rate of fire is of 15 rounds per second, maximum range being 1,200 meters while minimum range remains the same of the 2B24, elevation being between 45° and 85° while muzzle velocity is of 122 m/s. 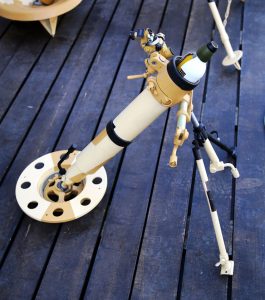 At only 13 kg, the 2B25 can be carried by a single man, the second man of the team carrying the ammunition load of four 3VO35 82 mm high-explosive fragmentation shells, for a total of 13.2 kg each one weighing 3.3 kg, which 1.9 kg warhead contains steel balls providing a lethality similar to that of the standard 82 mm round. The 2B25 silenced 85 mm mortar is being provided in numbers to the Russian Army Special Forces units.