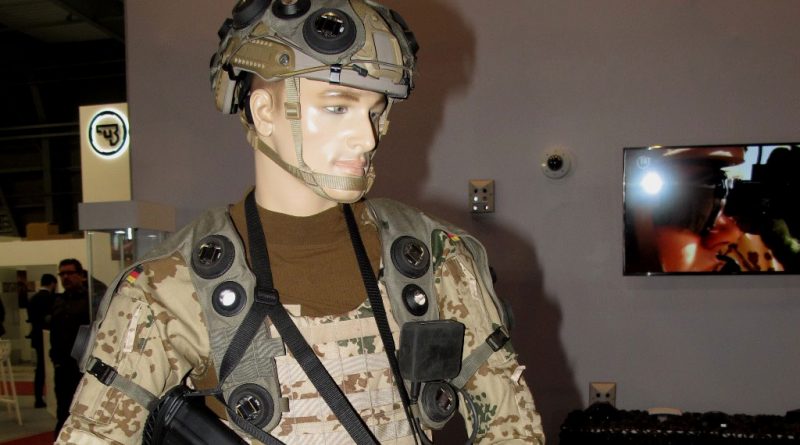 Live simulation is more and more important in military training, and interfacing the systems in use in different nations and services in order to allow combined and joint LIVEX is becoming a key issue. Speaking at the FF Individual Systems Congress, Lethality Panel programme, Michael Kriewitz, head of sales Soldier & Network Solutions at Rheinmetall Integrated Electronic Systems illustrated what his company is doing in this field. 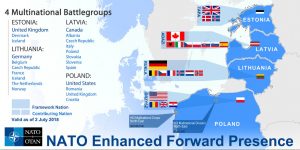 The map showing the nations taking part in the NATO Enhanced Forward Presence, that is four multinational battlegroups deployed to Estonia, Latvia, Lithuania and Poland, each made of forces from three to eight nations for a total of 18 nations, shows well where the need for training systems capable coming from different sources but capable to operate together stems from. 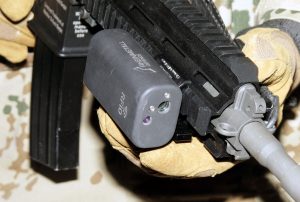 Direct fire systems are mostly based on a laser source simulating the weapon and on laser sensors providing data to a computer that evaluates miss or hit, damage levels, providing the change of status of the subject after the hit. Laser codes are however quite numerous, OSAG, MILES, COSIM, REACT, used respectively by Saab, Cubic, RUAG, the SISO-STD-016-00-2016 being the outcome of a standardisation effort led by the Simulation Interoperability Standards Organization (SISO). However this is not the only need to allow coalition training with live simulation systems; these are heavily based on radio connectivity, which is used for position tracking, engagement and status tracking, indirect fire and area weapons simulation, as well as for command and control within the training box, linking all actors to Exercise Control (EXCON), and for gathering data for After Action Review.

Within NATO Modelling & Simulation, MSG-140 is dealing with Urban Combat Advanced Training Technology – Live Simulation Standards (UCATT-LSS); 10 nations are part of this group, the United Kingdom, United States, the Netherlands, Germany, Austria, Sweden, Finland, France, Switzerland and Norway, six industries being also represented, Airbus, Cubic, RUAG, Saab, Thales and Rheinmetall. The presence of non-NATO nations must be noted, these being represented as their industries are involved in the development and production of live training systems. The NATO MSG-140 I chaired by Germany, vice-Chairman being British. 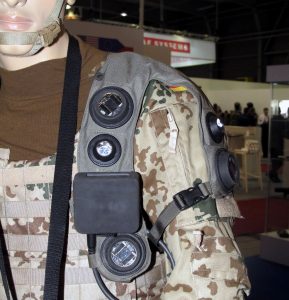 The standardisation effort reached a first result, UCATT’s Laser Engagement Interface Standard (ULEIS) having been approved by SISO and recognised by NATO as STANREC 4816[1]. This standard states that man-worn laser detectors sensitivity must be lower than 100 mW/m2, Class 1 lasers being used as emitting sources. A problem however remains, as some target systems have the aforementioned sensibility, while other have a much lower one, 24 mW/m2. It becomes obvious that operating together the two types of systems becomes a problem, as different sensibilities would mean different weapon ranges, making thus the fight unfair. Rheinmetall overcame this problem developing a new version of its Legatus live fire laser simulation system, which sensors and effectors can work on both sensitivity levels, 24 or 100 mW/m2; the delivery of this new system will start in late 2018, Bundeswehr units “playing” with the less sensible and powerful, and more accurate, mode when training at national level, shifting to the higher sensibility and emitting power when operating in coalition exercises.

As for connections at radio level, until now when operating different systems different EXCON had to be built, which were then linked using the E-8 data-exchange interface. The aim is now to avoid the need of an additional EXCON, which would allow saving time and manpower, reducing costs and increasing effectiveness. A base agreement is awaited before year-end for the E-4 interface, which will allow plugging in into the host nation EXCON radio system. Although not an easy process, this will allow to mix training systems, thus opening competitive procurement processes with considerable advantages for customers. This will solve the interoperability problem in terms of position and status tracking, indirect fire support, umpire functions and main control.

That said numerous other standards have to be set to allow full interoperability in multinational exercises, the simulation of IEDs, hand grenades and other systems remaining to be solved.

[1] A STANREC is a NATO standardization document specifying one or more NATO or NON-NATO standards relevant for a specific activity of the alliances, but not related to interoperability. STANRECs are prepared and used in the materiel-related fields of standardization only.