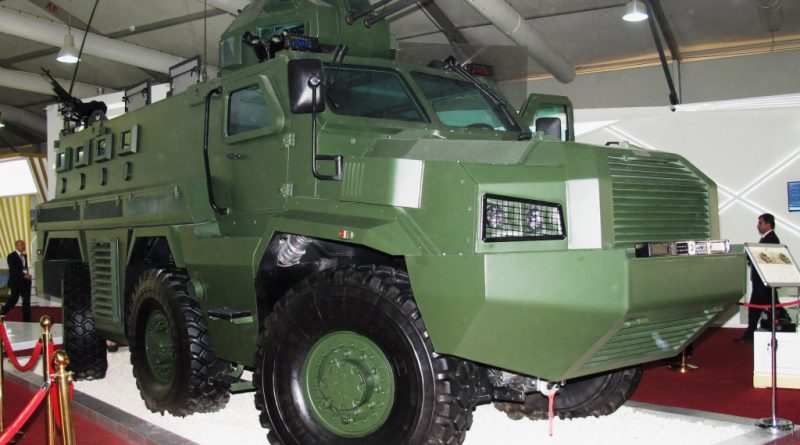 Four years ago KADDB signed at SOFEX an agreement between the Jordanian defence industry champion and a foreign company for producing a 6×6 vehicle in Jordan. This agreement never came to fruition, thus KADDB developed on his own this type of vehicle to bridge the gap between the bigger 8a8 and the smaller 4×4, the Al-Whash already in service with the Royal Jordanian Army. The prototype of the new 6×6 named Al-Fares unveiled at Idex is based on a chassis provided by Volat of Belarus fitted with independent suspensions. 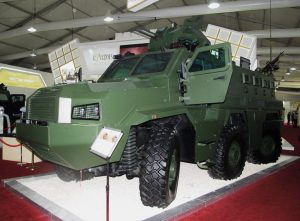 The Al-Fares has the front and rear axis counter-steering at low speed, which gives it a 6 meters turning radius, the vehicle being 7.46 meters long. At 24 tons, it is powered by a 429 hp engine and reaches 110 km/h, endurance being 600 km. It hosts a three-man crew and eight dismounts, who are protected at Level 3A ballistically. Jordanian Army and the Gendarmerie, numerous versions such as armoured personnel carrier, infantry fighting vehicle, command and control, patrol, internal security, will be developed. As some of those would not need a robust antimine capacity, this is provided in the form of an add-on kit that ensures Level 4a/3b protection. A rear ramp allows the access to the vehicle, while four emergency hatches are available in the roof. 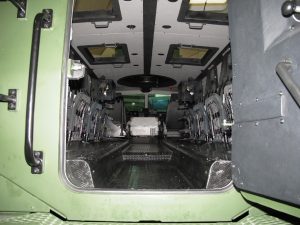 The eight dismounts can add the firepower of their personal weapons to that of the two 12.7 mm machine guns that arm the electrically operated cupola, thanks to four vision blocks and four firing traps available on each side; moreover two 7.62 machine guns mounted on swing arms were available at the rear. The Al-Fares can also be fitted with a 30 mm turret or a remotely-controlled weapon station. The prototype was to resume tests at the end of the exhibition, to reach qualification before series production should start. Although no firm contract seems to be yet signed, it is clear that the new vehicle will equip Jordanian Army and Gendarmerie units in the short-medium term.