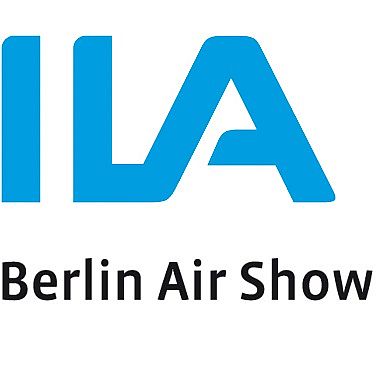 For 5 days, from April 25, Berlin is the international aerospace hub attracting more than 150,000 visitors from all over the world.

Some 1,100 exhibitors from 41 countries are occupying the halls and chalets. More than 200 aircraft can be seen on the ground and in the air.

France is a partner country of ILA Berlin 2018, which is attracting the defence ministers Ursula von der Leyen and Florence Parly.

A full scale model of the new EUROMALE was unveiled during their visit to the show: the two ministers followed this with the signing of a declaration of intent on the acquisition of bilateral projects.

At ILA Berlin on 26 April German Defence Minister Ursula von der Leyen and her French counterpart Florence Parly signed a document outlining the high-level common requirements for three major defence programmes. These include the joint development of the Future Combat Air Systems (FCAS), the European MALE UAV and a maritime warfare aircraft for use from 2035 plus a concept of operations for a joint training and operation of a fleet of C-130J transport planes.

The FCAS programme, known in France as Système de Combat Aérien Futur (SCAF), will be as a complex system of systems comprising new-generation fighter aircraft, unmanned combat aircraft, future air-launched missiles, and swarms of small drones, all interconnected with satellites, other aircraft, NATO networks as well as national and allied ground and naval combat systems.

After signing the agreement, France’s Defence Minister Florence Parly said, “FCAS will revolutionize combat and our equipment, and allow more ambitious investments and innovations. FCAS means more powerful and more operational forces,”
The European MALE UAV, a full scale model of which was unveiled at ILA 2018 on the same day, will be a multilateral programme with both Italy and Spain as risk-sharing launch partners.

“When there is cooperation, nations must decide, and there is always a lead nation, and for FCAS, it will be the French,” German Defence Minister Ursula von der Leyen said during an April 26 press conference.

Dassault Aviation and Airbus will join forces to develop FCAS while Germany will lead the European MALE RPAS project with Airbus and Dassault partnering with Leonardo of Italy and Spain’s Indra.

The information about some companies and the products they showcased at the show you may find here: 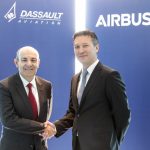 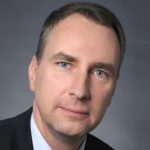 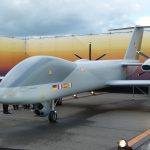 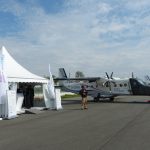 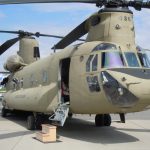