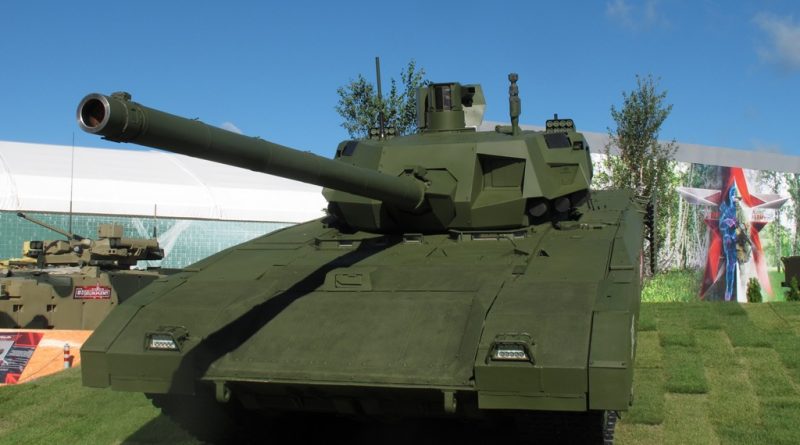 It has become the benchmark of modern main battle tanks and the nightmare of western armies, although not much is still known about it. And it was again starring at Army 2018, together with the other combat vehicles that will soon replace Cold-War era systems still in service. We obviously refer to the T-14 Armata, the 40 tonnes MBT heavily protected by passive, reactive and active armour, armed with a 125 mm gun and powered by a 1,200 hp engine. Rumours about the possible adoption of a new gun, some talk of a 152 mm calibre ordnance, do not find confirmation, although some press sources insist in mentioning it. 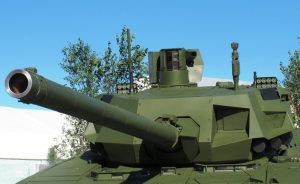 What was exhibited in a new version was the heavy infantry fighting vehicle (HIFV) of the same Armata family, the T-15; the data sheet exhibited was quite deceptive, as it still indicated the 30 mm cannon as the main firerarm of the vehicle. In fact the T-15 seen at Army 2018 was equipped with the DUBM-57 “Dagger” combat module, which main armament is the AU-220M Baikal remotely controlled weapon station developed by CRI Burevestnik armed with the BM-57, the 57 mm automatic cannon. On the right of the turret two 9M120 Ataka-T (AT-9 Spiral 2 for NATO) antitank missiles are located in a vertical array, these weapons having a 6 km range. Previously the T-15 was fitted with the same turret adopted on the Boomerang 8×8 and the Kurganets 25 light IFV, which was armed with the 2A4 30 mm cannon, a PKTM coaxial machine gun and four 9M133 Kornet EM mounted in two horizontal arrays on the sides of the turret, those missiles having an 8 km range. The T-15 can host a crew of two and none dismounts, the combat weight being around 50 tonnes, propulsion providing between 1,200 and 1,500 hp. 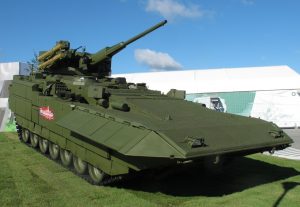 While no more technical details were revealed, on 22 August the Russian Ministry of Defence announced that the Army will receive nine Armata vehicles within year end, no precisions being provided on the mix of vehicles as well as on the combat module adopted for the T-15. The same applies for the other announcement, that of the contract for 132 Armata, deliveries scheduled to be completed by 2021. These vehicles should be used to equip some units that will conduct the operational evaluation of the T-14/T-15 mix, following which Russia should decide if acquiring the Armata in big numbers. 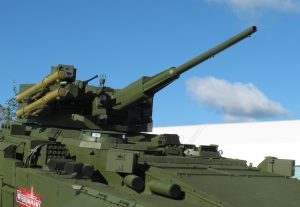